BCCIC > What's New > The Wave > Achieving Gender Equity- A Black Woman’s tribute to the people on whose shoulders she stands: Getting to know BCCIC’s delegation to CSW64

Getting to know BCCIC’s delegation to CSW64

As I prepare to go to CSW64 – the 64th session of the UN Commission on the Status of Women – I reflect on why achieving gender equality, especially for those who experience the most systemic exclusions, remains a focus of my life’s priorities. 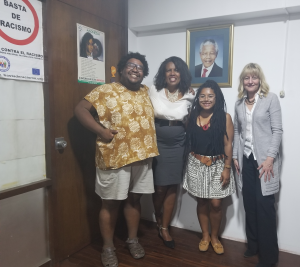 I was born in still-colonial Jamaica, the seventh child in a household of two sons and five daughters. My father was one of the first black journalists to rise to a prominent position at a major newspaper. Much of his life was spent using his journalistic capacity to challenge issues of race and colonization. My father attempted to start a newspaper with the visionary Marcus Mosiah Garvey Jr. who advocated pan-Africanism as a way for Black People to dismantle the chains of slavery and colonization. My mother, a woman born in rural Jamaica of high intellect, enormous vision and with an artistic flair for fashion and culinary masterpieces, would raise her daughters with a determination that we would be educated. She wanted us to achieve the aspirations that eluded her because of a lack of sufficient formal education. My mother was a tour-de-force when it came to defending the rights of not only her daughters but all around her, especially women who she felt they were being denied access to the levers that would allow them autonomy and the ability to reach their own potential. For my mother, getting a top-notch education was a foundation not the goal. Formalized education was not in itself sufficient life preparation. My mother was strong in spiritual faith and believed that education and other opportunities that may come from it were not for our personal benefit only, but were to be channeled to the benefit of others.

I remember my first day in high school when I stood up to my teacher who had asked us to introduce ourselves in ways that I felt would unfairly disadvantage the students who came from economically poor conditions. When my time came, I found myself explaining that I did not think we should be asked to do this as information may be used to stigmatize. As I rose from my seat, I could hear my mother’s words echoing in my head, “you must stand up for what is right”, “to whom much is given, much is expected from,” “do not be afraid to stand up for what is right”. Immediately upon making my statement, I could see that it would be an understatement to say it had not been well received. In fact, I was soundly reprimanded for being impertinent and immediately marched to the principal’s office. Yet, although I was terrified of what would happen, in that moment, I took courage from another one of my mother’s sayings “stan pon crooked and cut straight” (even if you are standing on a crooked surface – i.e.; difficult circumstances- you are still called upon to do the right thing). This notion that despite your circumstances, however difficult, you are still required to stand up for what is right was to guide me most of my life.

As a Jamaican offspring of slaves, I did not know my own unique history. My ancestry was purposefully erased as part of the cruelty of slavery. Recently, I decided to do a DNA analysis and this experience was pivotal. It showed that I am the product of what is today some eight different African nations. This was not by accident nor is it unique in slavery offspring. It represented the ways in which Africans forced into slavery were intentionally robbed of their language and any kinship as a way to maintain control. In my DNA was evidence of the slaves who endured the transatlantic crossing and survived the sorrows of slavery and colonization to deliver me to this day. As we come to the midway point in the UN International Decade for People of African Descent (https://www.un.org/en/events/africandescentdecade), I am reminded that part of the commitment that I need to make is to ensure that their survival was not in vain. To quote my mother once again, I must “use what is in my hand” to continue to work to advance the causes of the most excluded including Black women/women of African descent. 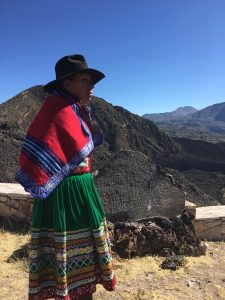 I take with me the experiences that I gained across my academic career, my research, work experiences and volunteer efforts. I have worked with students in Canada, Peru, the Caribbean and Europe decolonizing the curriculum, addressing racism, discussing interculturality and creating more inclusive business models that address the SDGs. Through The Co-Laboratorio Project (www.ColabAdvantage.org), we create collaborative spaces of inclusion where the needs and aspiration of women from very different parts of the society (community leaders, government, NGOs, private sector, rural/urban, indigenous/non indigenous) are centered to innovate solutions for women by women. At the Institute for Diaspora Research and Engagement (SFU), where I am the director, we shine light on the contributions of diaspora communities in Canada. As an activist in the black community, I stand with others to redress the intentional displacement of Vancouver’s Black Community by the City of Vancouver by co-chairing the Hogan’s Alley Society. I look forward to the opportunity to be part of a larger global conversation and to feed on the energy from being part of wider networks of solidarity.

My goal is to take these opportunities to honour my mother and father and the generations who survived slavery, colonization, displacement and racism and to continue to ensure the most marginalized and excluded women get the resources and support needed to fully realize their potential. I stand on others’ shoulders. I hope I have raised my shoulders a little higher so that the next generation of Black and marginalized women can stand even taller.

When I harken back to the fear that enveloped me as I walked to the principal office, not knowing my fate, it was only the beginning of a lesson I would continue to lean on.  Dismantling systems of exclusion may not lead to career advancement, the boosting of one’s own ego or even support from those around you. I am reminded of how important it is to start with the institutions and the structures that you are a prat of. This is often the place of most discomforts. To stand up for those whose voices have been silenced, excluded and whose capacities are often suffocated sometimes requires personal sacrifices that may never pay off for us individually. I will never know the names of the people who survived the brutality of the transatlantic horror or even the unspeakable experiences of slavery, yet I benefit from their sacrifices and I hope others will benefit from mine.

As a Canadian woman of African descent, I hope to continue to work for the most excluded voices. As indicated by the UN report, “In Canada 25 per cent of African Canadian women are living below the Canadian poverty line compared to 6 per cent of White Canadian women. By extension, Black Canadian children are living in poverty at the unprecedented rate of 33 per cent for children of Caribbean heritage and 47 per cent for children of continental African heritage, compared to 18 per cent of White Canadian children living below the poverty line. African Canadian women and girls are reportedly targeted by the police and are increasingly in contact with the criminal justice system as one of the fastest growing prison populations.”[1] The UN General Assembly proclaimed 2015-2024 as the International Decade for People of African Descent (resolution 68/237), citing the need to strengthen national, regional and international cooperation in relation to the full enjoyment of economic, social, cultural, civil and political rights by people of African descent, and their full and equal participation in all aspects of society. As Canadians, we have signed up to the UN declaration in 2018. I ask that we all stand in solidarity to ensure Black women in Canada are not left behind so that they can achieve their full potential. 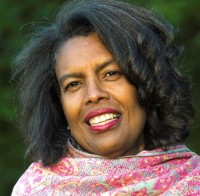 This blog post was written by June Francis, BCCIC delegate to CSW64 in 2020.

[1] Report of the Working Group of Experts on People of African Descent on its mission to Canada. Accessed from https://www.refworld.org/docid/59c3a5ff4.html