Global progress on Agenda 2030 for the UN Sustainable Development Goals (SDGs) has come a long way, yet gaps in women’s leadership, peace, and security continue to transcend across countries—especially for marginalized populations and communities. In Canada, this year’s International Development Week continued to influence discussions across governments, academia, and civil society organizations to evaluate how far we have come and the necessary recommendations we can push forward on to succeed in our international development efforts. Recognizing women’s leadership and the pathways to agency, empathetic partnership, and inclusion at all levels of decision-making will continue to be a priority in Canada’s agenda to build a more peaceful, inclusive and prosperous world for all. Justice Education Society (JES) is an international non-profit organization that has been working in the access to justice space for over 30 years to increase peoples’ legal capability and strengthen justice systems in Canada and internationally. JES is an example of an organization that began its access to justice work in Canada and is committed to achieving the SDGs, especially with respect to SDG 4, 5, and 16. As part of BCCIC’s concluding IDW discussions on Women’s Leadership, Peace and Security, JES is featuring two women leaders who are helping JES lead the way to justice for all.

In 2018, María Eugenia Carrera began working with JES as a Project Officer to assist on gender equality, violence against women, and missing women projects. Now, as Project Coordinator (Coordinadora de Proyecto), she works to develop training on human rights topics, as well as the prevention and non-discrimination of vulnerable victims as part of JES’ Guatemela: Institutional Justice Strengthening project (GIJS), funded by the Swedish International Cooperation Agency (SIDA). The focus of the GIJS project is to improve the efficiency of justice systems in Guatemala and to improve access to justice for marginalized groups, especially women and girls, Indigenous peoples, seniors, people with disabilities, and the LGBTQI+ community. On advancing the SDGs in Guatemala, María notes that their team is mostly concerned about access to justice for these communities. In her perspective, these are “some of the most vulnerable victims in Guatemala in a culture that can be quite negative to these communities.” One of the goals of this project is to improve victims services by preparing guides, technological platforms and tools, such as the Victims Services and Investigative Protocol and providing training to prosecutors to investigate human rights defender cases and hate crimes, which has been “one of the most challenging topics to work on in this country because of the culture of non-acceptance to that community.” This year, the GIJS project team is creating a Catalogue of international standards to help the Guatemala Ombudsman Office create reports with a higher quality of information. “We have a lot of work to do in this regard because there’s a need to make better reports so that the international community can be aware of the things going on here, specifically for the LGBTQI+ community and the other groups that I mentioned.” 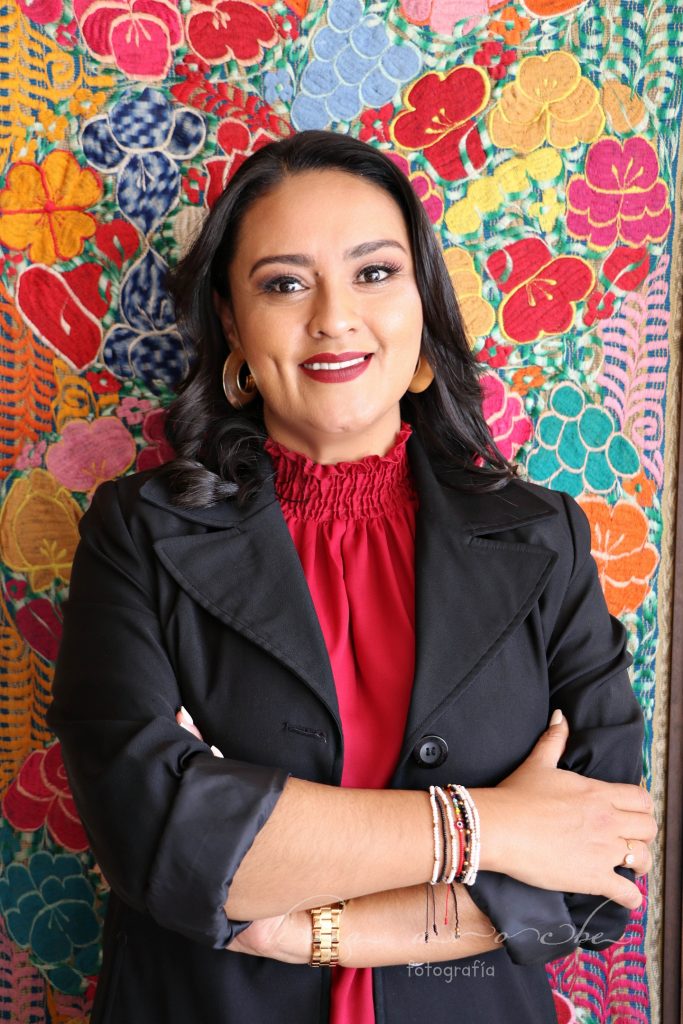 As a woman leader who has been working on human rights since 2005, her personal goals have been dynamic. “One of my dreams is to become a public servant and to help make changes for human rights protection in Guatemala. It’s not easy to find a job in Guatemala where you can do what you want and make your dream come true. My dream was to become a Sociologist and to become a human rights defender. And now I see my position not as a defender itself, but [improving] the conditions so that people can become human rights defenders themselves,” she explains. Another goal that has shaped María’s values is a vision of a better society for her son. “I want to build a society that I would like to live in and for him to live in so that he can become the person he wants and not the person society wants him to be.”

BCCIC’s roundtable discussion at the start of IDW was a start to building upon conversations by and between women leaders on the issues of intersectional approaches and advancing the SDGs. When asked about her role in advancing SDG 5 at JES, María says that gender equality remains an important focus for the GIJS project and it is considered in all the work they do. “If we work with different populations, we must consider the different conditions they are living in. You have to think more about who you are training, what for, and what kind of change it will have on gender equality,” she says. Recognizing the diverse experiences of women around the world will be an important priority as we advance progress on gender equality and peace, justice, and strong institutions—such that, when working with women human rights defenders, it is important to think in parallel about their living conditions, available resources, and use that to guide specific topics for activities.

“I want to keep dreaming of a better place to live and a society where human rights are respected, and a state that can respect all the groups that we live with.”

In Guatemala, there are 24 different languages—many of them being Mayan languages which has created another focus area for María’s team in increasing access to justice for rural and Indigenous communities. At JES, they translate documents on specific Indigenous rights from Spanish to Mayan languages, while providing various trainings for people to be more aware of Indigenous rights. Two questions that María thinks about when they provide this information to people nationwide are: “How do we provide better quality of attention to these Mayan languages? And how do we ensure the attention we are providing is of quality and of ethical sensibility?”

With increased migration from rural areas to the city, María wants to ensure that people who cannot speak Spanish can still be attended to, and have access to documents in their own languages. This is why she is looking forward to their project collaborating with a Mexican Anthropologist to provide training across Guatemala for six weeks. “Even if you think the Ombudsman is aware of all these topics, unfortunately there are still many gaps they need to fill and Indigenous rights is one of those important topics.” Besides having knowledge about the topic, including a sensitivity lens throughout their work at JES is equally important as they focus on building inclusion and human rights for diverse populations.

Currently, María is helping with a Catalogue of international standards for marginalized victims and groups, including women, children, people with disabilities, LGBTQI+ communities, and Indigenous peoples. Her focus for this year is to use this Catalogue to create reports on SDG standards that are accessible for these groups. “The reports created by the Guatemalan state have not been very useful for these groups as they are more general and not specific for each of these populations,” she says. María hopes that they can use this at a national and regional level, which would allow them to report to regional institutions like the Inter-American Commission on Human Rights and make a double impact.

Another woman leader working on JES’ GIJS project is Kessler Blanco, the Senior Project Coordinator (Coordinadora Senior de Proyecto) who started with this project in 2018. For Kessler, it has been an enriching experience to begin with the project at its roots as one of three JES members, then two years later, growing into her current role. While working at JES, she has been educating herself on themes related to the SDGs through various trainings and courses, while collaborating with consultants and implementing different workshops with various institutions in Guatemala. Within the project, Kessler and her colleagues focus not only on the technical aspects of justice-strengthening, but also integrate services for members of the community, such as creating accessible ramps for the elderly and people with disabilities.

One of the priorities in her work is to share the topic of gender equality everywhere. Kessler and her team are creating manuals on topics related to inclusive language and ensuring that they monitor and assess what aspects of gender equality are implemented within the institutions they work with. She also hopes to see more training in the workplace and in communities on inclusive language when working with different populations because it is important “not only to have knowledge about gender awareness, but to implement it in our daily life.” 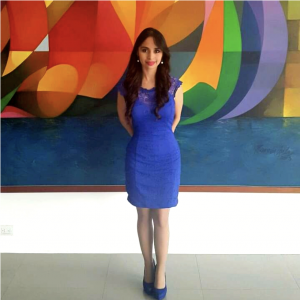 In order to shape the future of the SDGs and advance gender equality, Kessler emphasizes that it is crucial to encourage more discussions on this topic. “From my experience at JES, I believe that we should not only root for justice, but integrate a different approach to training and promoting these topics in different sectors for awareness-raising,” she says. Another important aspect of the GIJS project is her work on the search for missing women in Guatemala, where she has seen the limitations of focusing only on one institution rather than a comprehensive understanding of multi-institutional responsibilities. “This project is really on a bigger scale than that so it is important to not only have justice professionals, but include other monitoring and evaluation with other stakeholders to strengthen knowledge on this topic,” she says. Projects like GIJS demonstrate JES’ individual and institutional-level impact on increasing legal capability through our legal education and information resources and justice system capacity-building programs.

Regarding her own role in the conversations ahead for IDW, she wants women leaders and communities to continue inspiring movements, dialogues, and conversations about gender equality and increasing access to justice for women, children, the elderly, the LGBTQI+ community, and people with disabilities. In a recent course she took, her peers said: ‘If we could see the world backwards with more women as leaders, it would be a difficult exercise because there is still a long way to go for women and marginalized populations’,” she describes.

"If we want to see a different world with women leaders, we need to have different conversations. A few years ago, we would not talk about some of these communities, but this is progress—even if it is small.”

For Kessler, the path to progress at JES and in her own life is to improve her English, immerse herself in a new country abroad, and continue to see these important conversations take place around the world. “Someday, I’m going to look back and say that I was part of this. I took a small step to help support this.”

For more information about JES and our initiatives to increase access to justice, please visit JusticeEducation.ca and follow us on our social media here or below.