“My worst nightmare is to see my son marching off to war over the climate crisis.” The founder of For Our Kids, Matt Price, put a very vivid picture in my head when he said those words.  The thought of the suffering our kids will be facing if we do not drastically change the exploitation of the planet’s resources, is something I wake up with every day. On a blue skies day, it is easier to put it aside than on the smoke filled days we have been having lately in Vancouver. How many stark warnings do we need to truly change?

For many years I knew, just like most of us, that we are on the wrong track. I was doing my part: buying organics, driving an electric car, avoiding plastics, wearing second hand clothing, donating money to environmental causes and so on, but I was not actively calling for climate action. The reason? Simply because I feared social judgement; being that person that people shun because they are ‘so negative’, ‘alarmist’, ‘not fun’, or ‘too radical’.

The strategy of turning a blind eye stopped working when I became a mom. I started paying more attention to the reporting on climate change, and I felt hit by a hammer when I heard that we only have 10 years left to limit climate catastrophe and to cut the risk of extreme heat, drought, floods and poverty according to the Intergovernmental Panel on Climate Change. 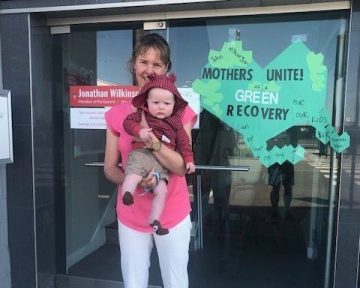 A projected 1.2 billion people from 31 countries will be displaced by 2050 (The Guardian, 2020) if we don’t reduce emissions drastically. That is about 10% of the world population (United Nations, 2019). I tried to imagine what the world would look like with 1.2 billion climate refugees, and I couldn’t.

What will the climate crisis look like closer to home? It isn’t hard to find the doom-scenarios as they are playing out in front of our eyes. How can we ensure our kids can breath clean air, have access to wholesome and sufficient food? With events like wildfires destroying millions of acres of forest, agriculture depleting our soil to the point that we won’t be able to grow crops in 60 years from now, and plastics filling our oceans and killing the fish, humankind has a lot of work to do and little time.

The pain I experienced, realizing that my children, and all children for that matter, will face a very difficult future if we don’t drastically cut back on our emissions, and change our other unsustainable practices, felt paralyzing. Yet I had to face it, in-action was not an option because climate action has become an essential 21st century parenting skill. How could I look my children in their eyes, and tell them I was busy doing stuff, while their planet was burning? I needed to role-model my expectations of them. If I wanted for them to become responsible citizens who treat the planet with care, and foresight, I needed to show them how to. There was no other option than demanding climate action from our government.

I searched for a while for the right community to join. While I came across many great environmental groups, I found my tribe when I joined For Our Kids, a network of parents and grandparents in Canada fighting for a better world for our kids and grandkids. I liked their campaigns, and aligned with their values, and most things were done online. Very important for a mom on mat-leave during Covid!

Our campaigns aim to influence our politicians in a respectful and playful manner. We have done pretty ‘big’ things such as hosting town halls on green & just recovery with prominent politicians, such as our Minister of Environment and Climate Change, Jonathan Wilkinson, and prepared a joint brief to the Financial Committee on the 2021 budget. We also do ‘smaller’ things such as petitioning for electric busses in BC, or sending a thank-you card from the future to our MPs. We thank them in 2050 for introducing bold green and just policies in 2020 which made it possible to half our emissions by 2030 and bring us back to zero emissions in 2050. Of course we add pictures of our kids, to remind them that the choices they are making today, are determining our kids’ future. This month, we stand with our youth, when youth activists will be making their voices heard in the streets and online as part of the Fridays for Future Global Day of Climate Action on September 25.

I wanted to take it a step further and learn more about the causes and solutions of the climate emergency, to be better equipped to influence others (parents). A few weeks ago, I had the opportunity to train with Al Gore’s and become a climate reality leader. The mission of the climate reality corps is to empower everyday people to become activists, equipped with the tools, training, and network to fight for solutions and drive change planet-wide (Climate Reality Hub, 2020). Of course this role comes with the obligation to drive change, and I have yet to figure out how to fit this into my increasingly busier life, with two kids, a full-time job, and an active social life. Sadly enough, I have noticed that I am mostly surrounded by moms, retirees, and students in the climate action movement. Only occasionally we will see a dad. I have asked several people, including my husband, where the men are. I understand women are 80% more likely to be impacted than men by climate change ( (Halton, 2018), and wonder if that explains why the urgency with women is higher. However, we are talking about OUR kids, and I would expect both moms AND dads to be involved with fighting for their kids’ future. I have yet to get satisfying answers and find ways to get more dads on-board.

However, have you ever felt like you belonged somewhere, and your work matters? This is what I am feeling when working with groups such as For Our Kids and Climate Reality, and despite feelings of frustration about the lack of participation of dads, this makes it so much easier.

“Action is the antidote to despair,” as Joan Baez said. It has been invigorating to push our elected representatives towards climate action. I am not naive, and know that there are many lobbyists with deep pockets working hard to achieve the opposite: ensuring the resources industry can continue business as usual with minimal interruption. We will find out on September 23 at the Throne Speech whether the liberal minority government is bold enough to make the necessary changes, or if as rumour has it, they are backing down on their promises. 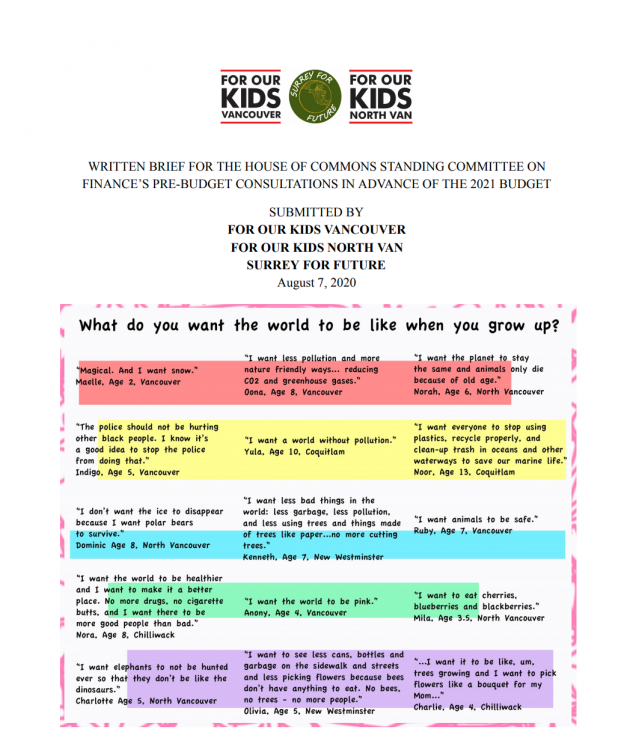 “Action is the antidote to despair,” as Joan Baez said. It has been invigorating to push our elected representatives towards climate action. I am not naive, and know that there are many lobbyists with deep pockets working hard to achieve the opposite: ensuring the resources industry can continue business as usual with minimal interruption. We will find out on September 23 at the Throne Speech whether the liberal minority government is bold enough to make the necessary changes, or if as rumour has it, they are backing down on their promises.

While I am only one voice, I know many of us are having similar feelings. I count on you to add your voice to the growing chorus of concerned (grand) parents demanding bold climate action. Together we can change the world rather than our climate.

If you want to add your voice to demand climate action on September 25, you can sign this petition https://www.forourkids.ca/speak_up, or find an (online) rally in your community, organized by Fridays for Future  or Sustainabiliteens, or tune in for the climate week,