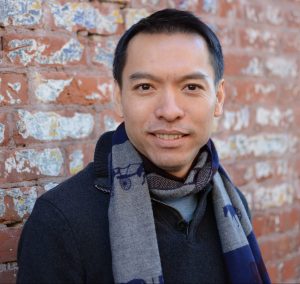 Orton considers himself a jack of all trades but master of a few. Convinced that a degree in engineering would serve him well, he attended the University of British Columbia. Orton then spent two years in Asia, working as an English teacher and exploring the continent whenever possible, before engaging in software development and data management in the engineering sector. In his spare time, Orton loves to play tennis and is a voracious reader, often reading many books at a time. His reading interests hinge primarily on topics such as the crisis of limited resources, psychology, the automotive sector, geopolitics, and machine learning. Born and raised in Vancouver, he is particularly interested in the incumbent impact of new technologies, especially artificial intelligence, on the lives of all human beings. With a penchant for re-thinking everything that has ever been done, he believes in the value of spirited back and forth discussion to bring about new ideas and change.

At BCCIC, Orton leads the Movement Map project. His focus is on increasing the impact of the map through partnerships with other civil society groups, adding valuable features, and creating an amazing user experience. Orton began his journey at BCCIC as a public engagement volunteer, but is grateful that he’s been able to use his strongest skills to map all groups working towards the SDGs in Canada.