This piece is part of our CSW65 Delegation Blog Series.

Kusum grew up in a household with three other women, her mother and two sisters. Her mother encouraged her to do anything she wanted. Kusum credits her mother for being able to make it this far due to the strong foundation she provided her with growing up, constantly showing her that “you must persevere when faced with adversity.” While her circumstances were not necessarily easy, her mother always did whatever it took to give her and her siblings what they needed. Kusum learned at an early age that you will struggle through things, but you can always find a way. Kusum was encouraged to work towards what she wanted, and in doing so, had a strong foundation to lean back on when she encountered barriers in the aerospace industry.

Kusum started her career in aerospace engineering and continued to work in the field for approximately twelve years. While Kusum was taught that she could achieve as much as any other person growing up, shortly after entering the workforce, she learned that it doesn’t always matter if her opinion was right, or even if it was the most efficient and financially viable solution. Historically, aerospace  has been a predominantly white, male-dominated industry. She quickly became aware that there was a lot of unconscious bias at play that was affecting her being able to achieve her full potential in her field. Kusum explained this by saying that she doesn’t necessarily think people she worked with were sexist or racist, “I think it has a lot to do with cultural norms. It has to do with stereotypes, what people see everyday and what they are used to.” While Kusum was faced with barriers in the field of aerospace that others may not have faced, she also had male allies who recognized her capability and potential: “They didn’t care that I was a female, or that I was a person of colour. They saw my potential and they did what they could to clear a path for me.”

Kusum goes on to address an important element when it comes to achieving gender equality: “Women can empower themselves as much as they want, but until you have men on board, you’re not going to progress to the extent that you want.” To truly reach gender equality, all genders have to be advocating on behalf of women. Men need to be allies and make space for women to move ahead and this continues to be a theme throughout the rest of our conversation. Kusum reflects on a time during her aerospace career where a male ally decided to be “creative” when trying to present unconscious bias to their colleagues. At a staff meeting he passed off the ideas and solutions that Kusum had shared with him as if they were his own. Once he was done, he went around the table and asked everybody: “Do you agree with what I said?” And when everybody agreed, he then revealed that the solutions were actually Kusum’s, and gave the credit to her. In this scenario, her colleague creatively challenged the unconscious biases of the people who were in the room.

This story shows how significantly privilege can impact the way one moves through life. Kusum explains privilege by saying: “Privilege doesn’t mean you’re racist. Privilege doesn’t mean you’re sexist. Privilege means you may have been given a position in society  based on what has happened in the past in that society. Whereas somebody else who is equally smart and capable has to fight to get that position. That doesn’t mean you didn’t work hard, that just means you’re given an advantage that others have not.” The people that made an effort to make space and advocate for Kusum throughout her career exemplify the importance of having male allies, who are willing to advocate for and uplift the women around them.  She emphasizes that “if you’re a male, you have the advantages, privileges and voice of a group that carries out gender oppression. While you may not be oppressing women, you belong to that group…You need people that are part of the oppressor group to push [back] against gender inequality.” Kusum is hopeful because of what she has seen as of recently: “I’ve noticed over the last five years, that more men are pushing other men to understand the negative stereotypes and unconscious biases women are faced with. In the past, we mostly saw women fighting to empower themselves. Whereas now we see men coming over as well and being an ally. And it comes back to that notion that women can empower themselves as much as they want, but until you have the men on board, you’re not going to progress to the extent that you want.”

When asked what can be done to transform the norms, values and practices that contribute to women being left behind, Kusum acknowledges that we have to talk about the benefits, not only for women, but the benefits for everyone. She goes on to state that numbers speak loudly. We need to talk about financial gains that can emerge in a department, company and community when women are empowered. Kusum suggests that more people would be willing to change some of their policies and employment training around gender equality if they could see the added value in quantifiable, financial terms. Further addressing how to transform gender norms and biases, Kusum adds that leadership support is essential: “When we talk about systematic approaches and systematic bias, we really need it to be a part of organizations at their core. It can’t be a bottom up approach, it’s got to be a top down, because if your leadership team does not agree with it, no one else will.” In other words, the buy in of the leadership is a prerequisite and this will require sensitization, capacity development as well as role modelling. If the benefits of gender equality are clearly laid out, it will help with buy in. There is no single solution. Diverse groups of people will provide different perspectives and solutions that could accelerate the movement towards gender equality. If women are not participating, “you’re losing out on a huge potential of the workforce with a diverse set of knowledge and skills.”

Kusum also emphasized that the promotion of gender equality should be something that all sectors are doing, including the public sector, the private sector, academia, and civil society. From Kusum’s experience, she feels that often we wait for civil society to do the work, whereas it should be coming from all sectors: “Typically we wait for the government to set the minimum standard, and once the bar is set, no one can go below it. Civil society comes in when there is no bar or the bar is set too low, and pushes the government to raise it. Governments set the minimum standards but we need organizations to voluntarily set their standard higher than just the minimum.”

As we go on to discuss her experience in attending the UN Commission on the Status of Women (CSW), Kusum talks about how it was interesting to hear about different challenges faced by different groups. The intersectional gender barriers that women face in some parts of the world are vastly different to the gender barriers here in Canada. Using the adjectives ‘full’ and ‘effective’ in the theme of the participation of women in public life for CSW this year is important because it’s saying that having a body in the room is not the same as truly listening to women and trying to understand. Once you bring women in, you have to listen to them. You have to incorporate them as equals. Kusum enjoyed the conference and emphasizes how much she was able to learn by attending. She sees the value in continuously learning about different perspectives and opinions, even if they are ones that she doesn’t necessarily agree with. She continues this thought by suggesting how to put it into practice: “Don’t just read and learn about things that you believe in, that you like, that you agree with; read the other perspective, and try to understand where they are coming from.”

Kusum finishes the conversation by crediting her mother one more time for the strong foundation she had growing up. We should not leave mothers behind when focusing on women’s empowerment. These mothers are role models for future generations of young women leaders. When Kusum faced barriers she could look at her mother as a role model and think “Hey, she did this – women cannot be stopped!” 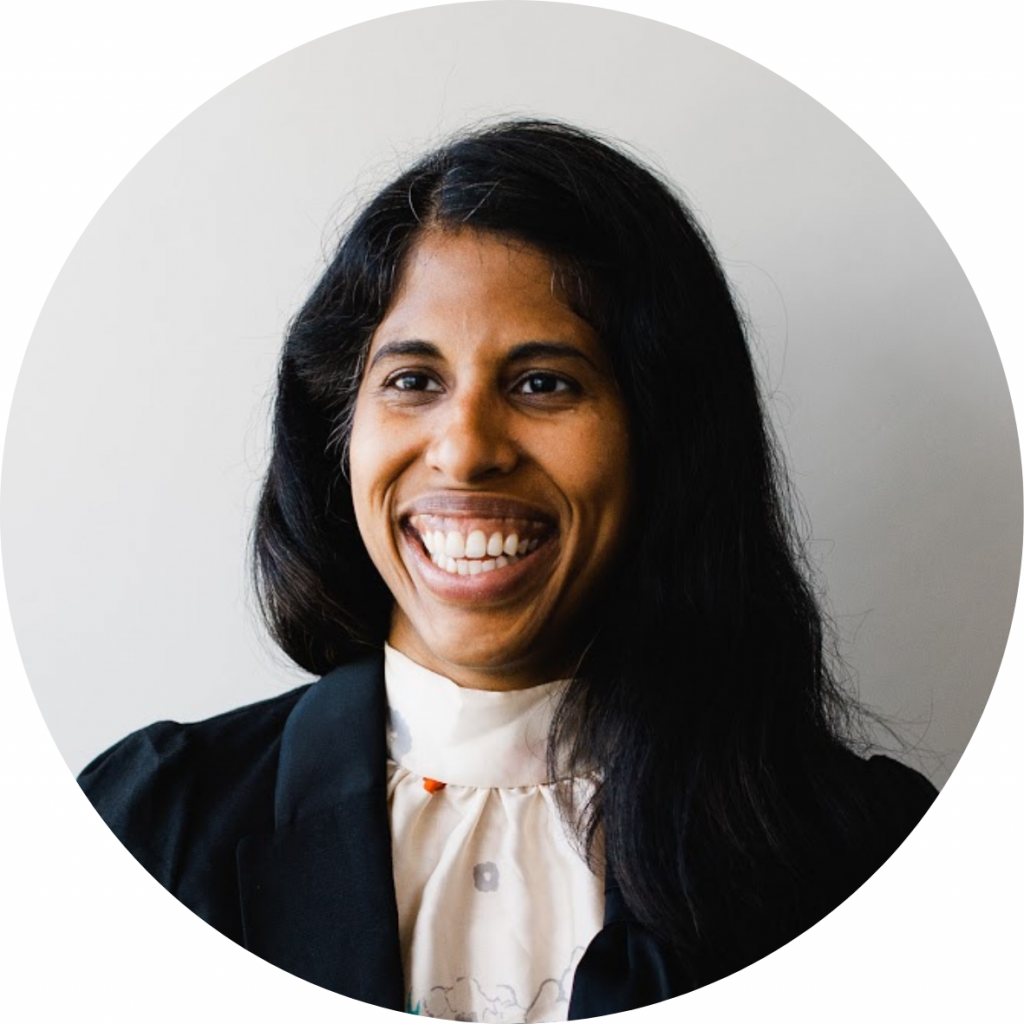 Kusum Wijesekera currently works in the construction industry as a Commissioning Specialist.  She recently worked with BCCIC on developing one of Canada’s first Voluntary Local Reviews (VLR), measuring the progress of the Sustainable Development Goals (SDG) in the community of Kelowna, B.C.  She hopes this VLR will provide a guide and encourage other communities to develop similar VLRs, advocating and supporting progress for all marginalized groups.  As an Engineers Without Borders Fellow, she worked in Ghana trying to address food insecurity through edible insect farming. As a registered Project Management Professional (PMP), while in Ghana, she mentored both women and men in developing project management skills and continues to do so today.  Prior to that, Kusum was the Chair of GECCO, a Chapter of BCCIC working to support sustainable local and global change using the SDGs as a framework. She has served as Director of Programs and Vice-President for Her International, an organization facilitating community development in Nepal and Canada by empowering women and girls through education via programs such as scholarship and micro-credit. She has also been involved with One Billion Stronger, an international photo campaign aimed at bringing awareness and initiating a dialogue around gender-based violence.  Finally, as a former Aerospace Engineering graduate, Kusum has worked tirelessly to encourage more women to get into this historically male-dominated field.  Kusum is excited to be able to participate at CSW65 and learn from fellow delegates new approaches to progressing and improving gender-equity!