This piece is part of our CSW65 Delegation Blog Series.

Following a rich career in nursing leadership, Janet is pursuing an interest in global health and considers gender equality as a health equity issue. She values intersectionality as a lens to analyze the complex web of forces that lock us in, then helps us to deconstruct systemic barriers and open up opportunities for people across the gender spectrum. You can read more about Janet’s writings on the topic here.

Janet is pleased to be a participant in the CSW65 delegation for the learning and advocacy opportunities that this presents. In consideration of the themes of this year’s Commission, Janet believes that by addressing gender equality, we challenge power imbalances that unduly impact the health of women and girls, especially people of colour, of racialized ancestry, and those living in poverty. Women’s full participation in decision-making will contribute to equitable distribution of social and economic resources for each dimension of sustainable development. “Then, everyone does better, regardless of gender.”  What has particularly caught her attention is the delegation’s diversity in many dimensions, particularly male representation and the number of youth. She is excited about the potential for intergenerational connections and advocacy at this year’s CSW.

Given the significance of gender equality, the ethical imperative for advocacy is self-evident for Janet. Intergenerational connections are important since they are relational in nature, and encourage us to engage with our privilege, amplify the voices of others, and empower women and girls in daily life. Janet recognizes her privilege, acknowledging the recognition she has received for her work, along with the sacrifices made by her parents and family to allow her to access higher education. In her view, her privilege comes with a moral obligation to give back, even to pay forward, since the benefits don’t belong to her for her sole benefit. She, like other more experienced women, can “return the investment to empower the next generation and help to reduce inequities that many people encounter.”

Janet has taken on intergenerational initiatives in several areas of her life. As part of her ‘personal pandemic plan’, Janet financed a scholarship for a young Muslim woman to attend vocational training in the West Bank, where nearly 90% of young Muslim women are unemployed. Not only was Janet able to use her privilege to empower a young woman, she showed that intergenerational connections are not limited to country borders. However, the intergenerational impacts of this initiative did not stop there. She chose to make the donation on behalf of her extended family then took the time to send them a letter explaining the cause. Thus, within her own family circle, Janet described how using her voice “can draw attention to an intergenerational dynamic in which cultural norms prohibit women from accessing education and by consequence, fully participating in public life.”

In a different realm of advocacy work, Janet has used her voice to name inequities in the healthcare system that she has encountered personally and professionally. She has used resources acquired as a professional to call out systemic issues and in doing so, activating change that benefits others, particularly those who are marginalized and unable to speak for themselves. Janet applied her knowledge, guided by professional standards, to serve the community at large. Through these efforts, she has been appointed as a patient advisor, and in this role she expresses a desire “to widen perspectives of person-centred care and create space for more voices to be heard within the healthcare arena.” This initiative shows another key area of  intergenerational activism: the willingness to share wisdom and experience, even in times of great vulnerability.

Regarding the notion of privilege, Janet raised another important and interesting point – that dimensions of privilege change over time depending upon our stage of life and individual circumstances. For example, she no longer holds the positional power that she had access to during her career. This shift away from formal roles of influence presents a different profile of privilege and vulnerability. Janet explains that it’s important to recognize these shifts in and out of privilege since these transitions can create new points of commonality with younger women. She says that “intergenerational connections can be made on the basis of common challenges, and women in different stages of life can synergistically share their experience, knowledge and other resources, to amplify voices calling out injustices such as gender-based violence and disproportionate impacts of the COVID pandemic.”

Intergenerational gender dialogue is a two-way street. While youth starting their journey can learn from the insights and experiences of those in mid- or later life, similarly there are opportunities for older people to learn from youth. Janet points out that youth perspectives have been refreshing to her and have helped her to become informed about important issues of our time. For example, she appreciates how much she has learned about the climate crisis through attending events organized by BCCIC youth.

For Janet, gender equality is about agency and voice, not only for individuals but collectively, at community, national and global levels. She has shown how using her voice can help youth to find their voice and in doing so, expand their own sense of agency. As Janet says, “together we can amplify the voices of others, particularly those who are marginalized, seeking empowerment for the common good.”

Through interviewing and collaborating on this blog, Janet and I came to a common understanding of intergenerational mentorship as a process for reciprocal learning that holds immense value as a means of advancing gender equality. We are both excited about the possibility of further intergenerational dialogue to explore new areas of collaboration and other opportunities for mutual learning about gender equality. So, at the midpoint of CSW65, we reconnected to share some highlights of our experience as delegates thus far.

A deepened understanding of the globally gendered impact of COVID-19 and the clarion call to ‘Build Back Better’ have been Janet’s main takeaways from CSW65 Week 1. Worldwide, the pandemic has hit women hardest and has exacerbated persistent social, political and economic barriers to gender equality including a shockingly significant ‘Shadow Pandemic’ of gender-based violence. Since women’s leadership has been identified as a key component for an optimal response and a robust pandemic recovery, Janet agrees with UN Women that “the time to act is now!”. In attending sessions related to women, peace, and security (WPS), I have found parallel themes of women-focused responses to COVID-19 in conflict or post-conflict settings.

With her nursing background, Janet initially approached the Delegation with a health equity lens and in CSW65 has explored pay equity as another intersectional variable of gender equality. In her reflections on taking gender equity action, now from an intergenerational perspective, her musings are that “Every generation shares life on earth with past, future, and distant generations. Intergenerational equity emphasizes justice and fairness between generations and CSW serves as a great platform for realizing this as a gender equality principle. It provides a forum for women to gather, build cohesion and affirm collective resilience.  Through intergenerational learning – a communal exchange for the benefit of all – we reciprocally transfer between generations who we are, what we value, and where we want to go. We acknowledge the gains made by the feminist trailblazers who walked before us and consider the responsibilities we have to the generations yet to come.  In gender equality solidarity, we share power to challenge entrenched social norms that are discriminatory to women, girls and gender-diverse persons. Collectively we engage as allies with men, boys and gender-diverse persons, to create a new, transformative narrative that provides health, harmony and hope for everyone.”

As we reflect on bringing home the CSW65 message, we look forward to creating further opportunities for intergenerational collaboration and taking action for meaningful inclusion of adults of various ages. In doing so, we hope to open up intergenerational dialogue and set the stage for mentorship that facilitates gender equality learning across age groups. 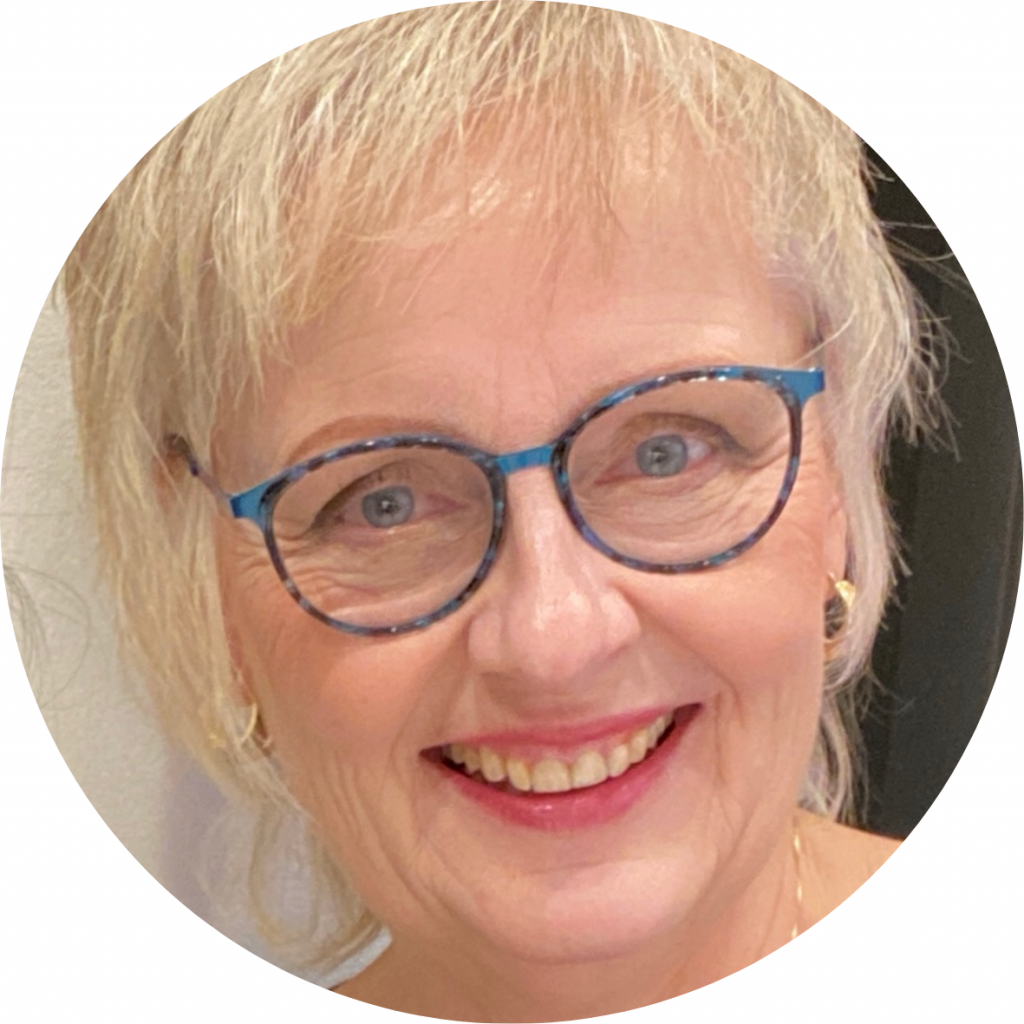 Janet has broad health care experience in leadership roles including administration project management, professional practice, education and more recently leading a policy team with Be’s nursing regulatory college. She has now retired from a rewarding career and is launching herself into new endeavours, SDG’s included!

Gender equality and empowerment was a continuous theme in my health care leadership. She held senior leadership responsibility for service delivery to marginalized populations – people with multiple chronic health problems, First Nations people off reserve, older adults the majority of whom are women and newcomers to Canada formerly refugees or asylum seekers. In the case of the latter, specialized clinics served many women whose sexual and reproductive health needs played prominently in their forced migration and re-settlement journeys. In project leadership she led cross-functional teams to remove barriers and resolve gaps to enhance equitable access to quality care particularly for disadvantaged people and marginalized groups. Their inclusion in the change process contributed to better health outcomes and improved system function.

Nursing, a predominantly female occupation, continues to grapple with a history of power imbalances and systemic structures that reinforce traditional gender roles. Empowerment in the profession has not been a linear process and although it has yet to be fully satisfied, they have gained ground. Throughout her career she has supported nurses to challenge their historical legacy, attain personal and professional agency and optimize interdisciplinary team functions in the interest of the patients, clients and residents they serve.

“Although I’m retired, I’m not finished professionally. I am pursuing generative opportunities that offer a combination of learning and service. The CSW64 Delegation experience appeals to me because of its policy focus on gender equality, equity and empowerment, issues of compelling importance to me as a woman, a person of privilege and a global citizen. I believe that I have a responsibility to give back to society, I have resources to offer and I want to make a concrete contribution to making a better world. I’m excited to be part of the CSW Delegation, to join the synergies of people committed to the SDG Agenda 2030. Let no one be left behind!”