Biodiversity and Forests: From Local to Global Concerns – public conference 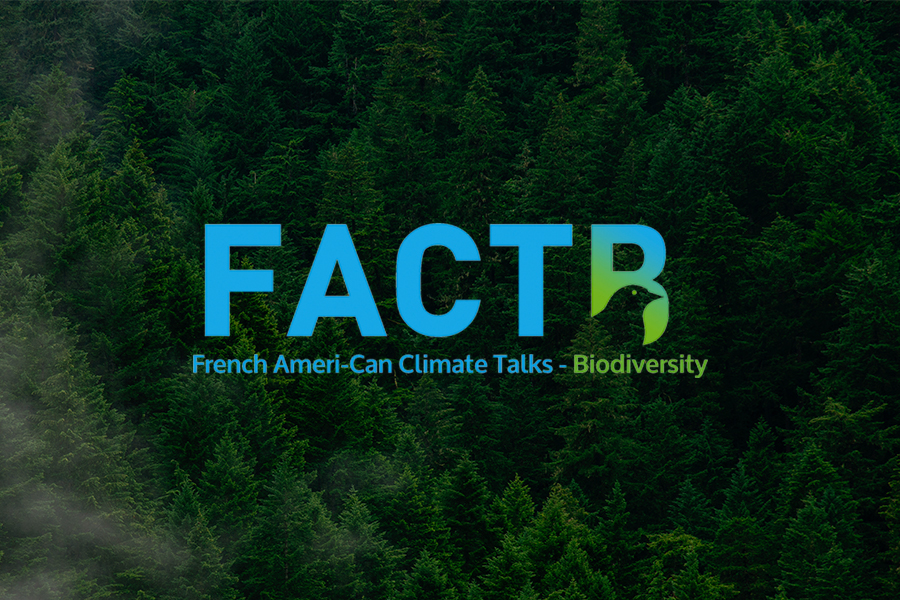 The French Ameri-Can Climate Talks – Biodiversity (FACT-B) is a new series of high level conferences bringing together French and Canadian speakers from academia, government agencies, NGOs and think tanks. The goal of FACT-B is twofold: to raise public awareness in France, the United States, and Canada, as well as to reinforce exchanges between scientists and experts on biodiversity issues.

Following the successful series of the French Ameri-Can Climate TalkS (FACTS) – created in the lead-up to COP 21 – and after the FACT-O conferences dedicated to oceans, the Embassies of France in the US and Canada are launching FACT-B in 2019.

FACT-B is a part of France’s broader efforts to make biodiversity conservation a priority at the international level, in the same way as the fight against climate change. The initiatives on biodiversity issues to be led by the French diplomatic network in North America in 2019 will echo the organization of major events in France in 2019 and 2020, including the G7 meeting with biodiversity as a top priority, the 7th plenary for the Intergovernmental Science-Policy Platform on Biodiversity and Ecosystem Services (IPBES) and the 7th World Conservation Congress for the International Union for Conservation of Nature.

Jean-Francois Silvain
President of the Foundation for Research on Biodiversity

Stay after the conference to meet the panelists and continue the discussion around forests and biodiversity with a glass of wine and some canapés.

5:30 pm – Short Introductions by each Panelist

5:45 pm – Roundtable on Biodiversity and Forests

BC Council for International Cooperation

Embassy of France in Canada – Vancouver