Groundtruths: Amplifying the voices of Afghan women and girls

This event is part of our ‘Groundtruths’ series. CW4WAfghan will offer insights into the current situation in Afghanistan in the context of stalled peace talks and the continued need to press for women’s meaningful participation in peacebuilding, at a time of escalating violence. Advances in women’s rights and work towards SDGs have been substantial in Afghanistan in the last 20 years, but as US and NATO troops prepare to withdraw by September 11th, these hard fought gains, specifically the right to education, are under threat. Amid an increase in targeted attacks on educators, students, human rights defenders, journalists and civil society at large, the international community must stand in defense of constitutional rights and calls for a ceasefire.

Through their advocacy work, CW4WAfghan seeks to amplify the voices of Afghan women activists directly involved in on-the-ground realities in the country, including their calls for a true, immediate ceasefire in Afghanistan as a condition for meaningful peace talks to occur, and as an outcome of the talks. This session will be an opportunity to hear directly from Afghan women, to learn about the pressing need for global solidarity through advocacy efforts, and to pose questions to speakers, including Jamila Afghani, President of WILPF Afghanistan, CW4WAfghan Senior Director Murwarid Ziayee and Orzala Nemat of the Afghanistan Research and Evaulation Unit. 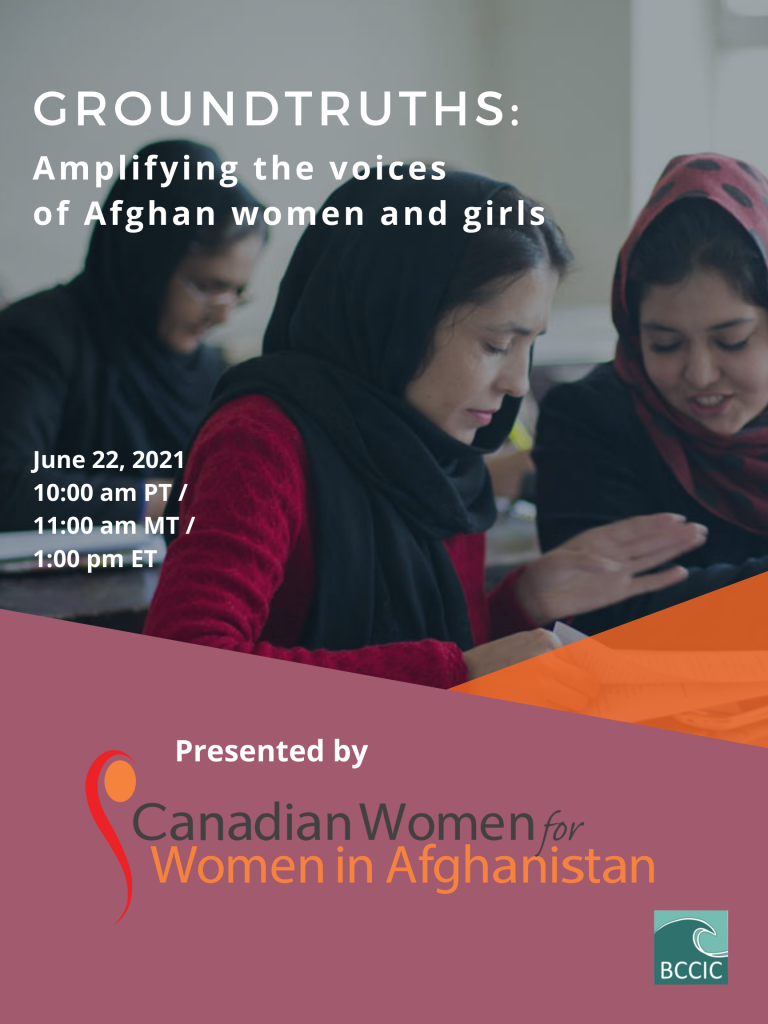 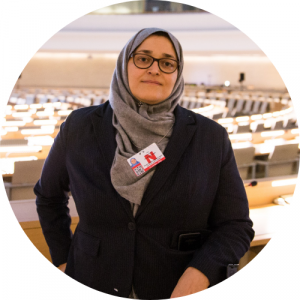 Jamila Afghani is recognized nationally and internationally as a woman’s right activist, religious peacemaker, human rights defender (HRD), and is currently president of WILPF Afghanistan Section and is representing South Asian countries on the Women’s International League for Peace and Freedom International Board. She has received international awards for her advocacy, peacemaking, and religious work to protect women’s right and promote women’s leadership role in peace-building in Afghanistan. On December 2019 the US embassy in Afghanistan recognized her as a woman of courage. She has a mobility disability and is a committed disability rights activist. She has also represented Afghanistan on UPR, UN Security Council, and UNAMA, working on the Women, Peace, and Security Agenda.

Jamila has initiated many peace-building, advocacy, and religious initiatives in Afghanistan. In 2001, she founded a local woman’s NGO called Noor Educational Capacity Development Organization (NECDO) in Afghanistan. Almost a decade later, she initiated a project called Nahdhatul Ulama of Afghanistan (Afghanistan Independent Network of Ulama). As a member of the Women’s Islamic Initiative in Spirituality and Equality (WISE), Jamila developed a training manual and trained a group of 25 Imams in Kabul, Afghanistan. The purpose of this project was to mobilize, engage, and empower highly influential men such as council and religious leaders to promote women’s rights and women’s political and social engagement. This small network has now grown to reach 6,000 imams in 22 provinces of Afghanistan. She led Medica Afghanistan women support organization from 2019- 2020 as the executive director.

Moreover, Jamila Afghani was deputy minister for the Minister of Labor and Social Affairs and Martyrs and Disables from September 2015 until September 2017. As a deputy minister, she brought major reforms in the governing system and laws to fight against corruption and to ensure transparency in the government. Also, Jamila has been actively engaged in the current ongoing Afghan peace-talks as a religious peacemaker alongside other civil society organizations. In fact, on July 2019, she attended the Inters Afghan dialogue with the Taliban in Qatar where she voiced the concerns of the Afghan community as a whole and represented Afghan women, women with disabilities, and the direct victims of the war. Her powerful speech and contribution to the conference was highly noticed and appreciated by national and international media channels.

As an independent consultant and social expert, she used her 20 years’ experience to promote gender equality, gender mainstreaming, and gender responsive budgeting. Her substantive practical experience in conflict and post-conflict settings has allowed her to successfully work with donors, governments, non-profit organizations, and civil societies. To demonstrate, her work on education, gender, and democratic governance in post conflict and transitional countries include the provision of training and design of training of gender in elections, political participation, leadership, Islamic education, women’s right, exclusion analysis, programming, and mainstreaming in challenging cultural and religious contexts. 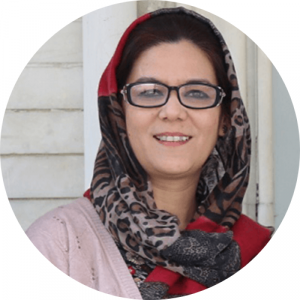 Murwarid Ziayee is responsible for program management, and supporting public engagement outreach and fund development. Murwarid has a BA in Political Science and Law from Kabul University. She has over two decades experience working with various national and international organizations in Afghanistan on policy development, program design and management. Her focus is on gender equality, human rights and women’s empowerment.  Before joining CW4WAfghan, she worked with the United Nations Assistance Mission in Afghanistan as a National Gender Affairs Officer and later as a National Human Rights Officer. She has worked closely with the Afghan Ministry of Women’s Affairs and served the Afghan Office of the President as Program Officer with a focus on women’s rights issues.  She is a leader and advocate for women’s rights and the recipient of the CW4WAfghan Champion for Education Award (2015). This award is in recognition of her many achievements, her dedication, knowledge and passion for advancing education for Afghan women and girls. 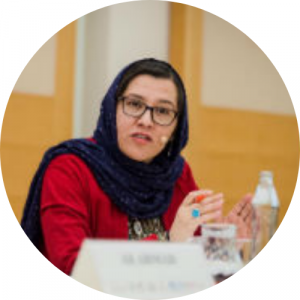 Dr. Orzala Nemat is an internationally known Afghan scholar & think tank leader. She is an expert in political ethnography, holding a PhD in Development Studies from the School of Oriental and African Studies (SOAS) and MSc in Development Planning from the University College London (UCL). Dr. Nemat has firsthand experience in how it is to be a war refugee for fourteen years in Pakistan. However, she chose to rise above the situation by putting the focus on helping women and girls in her community and developing her career. Dr Nemat assisted and helped the marginalized members of society through educational programs, building schools, protection of female victims of violence and peacebuilding for children and leading advocacy for legal reform.

Dr. Nemat founded an organization, led and worked with various grassroots, national and international organizations in over 20 years of her professional life. She served on various development organizations’ governance boards and attended numerous international and national conferences representing voices from Afghanistan and the Afghan women. Dr. Nemat is currently chairing the Open Society Foundation’s Afghanistan Advisory board and serves on Afghanaid, a British Charity working in Afghanistan as a trustee. Dr Nemat was selected as a Young Global Leader at the World Forum in 2009, Yale Greenberg World Fellows in 2008 and is a recipient of the Isabel Ferror Award for Women’s Education and the Amnesty International Award for Humanitarian Aid to Children and Women in the year 2000.  Upon completion of her studies and after teaching international development courses at SOAS for two years, Dr. Nemat returned to Kabul where she worked as the Afghan president’s advisor on sub-national governance briefly before joining Afghanistan’s top research think tank Afghanistan Research and Evaluation Unit (AREU) as its director in 2016. Nemat is publishing on various development issues and is frequently appearing on international media and different platforms discussing the plight of Afghanistan and its current developments.