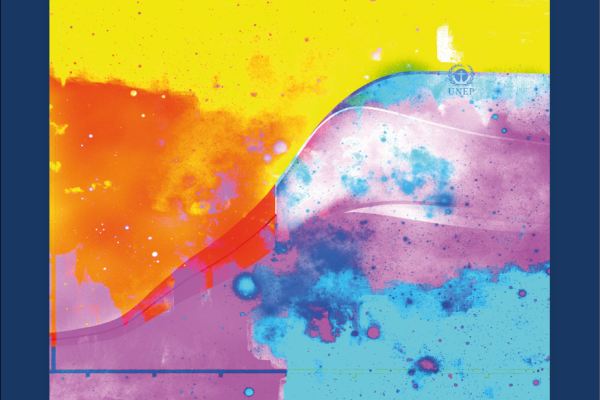 An artistic rendition of temperature curve projections on the cover of the IPCC 1.5° Report

What is the IPCC?

The intergovernmental panel on climate change (IPCC) is a body of the United Nations for assessing and quantifying the science behind climate change as well as the wide-ranging consequences. The IPCC’s reports and scientific findings are used in international governmental climate negotiations, namely UNFCCC conferences (COP and SB informal intersessionals).

The Paris Agreement (PA), an international climate agreement reached at COP21 which refers to IPCC findings throughout its body, has the goal of reducing greenhouse gas emissions (GHG) to limit average global temperature warming to 1.5 degrees higher than pre-industrial levels. The PA is a package of wide-ranging articles. In decision, 1/CP.21 of the PA, countries invited the IPCC to produce a ‘Special Report’ on the specific impacts of a 1.5 degree rise in global temperature (SR1.5). This was accepted, and eventually produced, with SBTSA (the Subsidiary Body for Scientific and Technological Advice) playing an important role in the intersection of the scientific information from the IPCC and the political dialogue between parties. The 1.5 report itself fed into the creation of the Paris rulebook.

The IPCC Special Report on 1.5 degrees shocked and devastated people around the world. To summarize, SR1.5 stated that human activities are guessed to have caused 1 degree of warming from pre-industrial levels, and that global warming could reach 1.5 degrees between 2030 and 2052 at the current rate if man-made GHGs are left unchecked. These numbers highlight the urgency for immediate action on all continents to avoid catastrophic biospheric events. The report specifies that worldwide emissions must be almost cut in half by 2030 to achieve this. If not, we will face mass extinction of life on earth… This report comes hand-in-hand with current claims from global scientists telling us we have entered into the beginning of the sixth mass extinction, comparable to the last ice age, already.

What’s currently going on with the IPCC  1.5 special report?

There are a few countries that deny and systemically gaslight these findings, despite the report being put together by the world’s leading climate scientists from more than 6,000 scientific references. The United States has stated under the Trump Administration at a previous COP that it does ‘not endorse the findings of the report’ and dropped out of the Paris Agreement, which will be coming into effect in 2020. This is said despite the administration’s own studies that state we could reach as much as a seven degree increase in global temperature if the GHGs are not reduced significantly. Regardless, the Trump administration’s plan is to continue raising the USA’s GHG emissions anyway, citing it as essentially too late, while still denying the IPCC science with the same morals as a byproduct of the administration’s short-term political and economic interests.

The finalization of the IPCC Special Report text to be enacted in the Paris Agreement before 2020 implementation was being discussed at the SB-50 intersessional in Bonn, Germany. If the scientific findings of the IPCC Special Report are enshrined into the Paris Agreement officially, the science behind the 1.5 findings will be more binding than previously to UN parties in their future courses of action by being included in the formal negotiations and goals. These UN negotiations work on the basis of a unanimous agreement – meaning all parties need to agree. Even if a couple parties deny the report, it will not become a permanent item on the climate change mitigation agenda. Related closely with raising ambition among parties, this solidification of the findings is what is needed due to the small window of time we have left to act before entering into a positive feed-back loop of irreversible climate change. Countries are not on set to meet the Paris goals by a landslide, and any extra pressure whatsoever would play a crucial role in ambition raising.

However, reaching a unanimous agreement on the text and findings amongst all parties continued to see little development throughout the two week SB-50 conference. Most countries support the findings and openly pushed for the best and newest available science in the Paris Agreement, stating that they would use it in the development and implementation of their policies regardless. But there were a few parties, coincidentally all major players who make large profits in the oil industry, still adamant on questioning the findings behind the 1.5 report – Saudi Arabia, the USA, Russia, and Kuwait, as has remained the case since the COP in Katowice last December.

Saudi Arabia was the loudest and most adamant blocker out of the four parties these past two weeks. Despite it still committing itself to the PA as a whole, which is a positive, Saudi raised systemic skepticism on the report’s severity and timeframe, even with the devastating prospect of severe desertification threatening it’s population in the not-so-distant future. The Saudi Arabian delegation repeatedly objected and deadlocked the conversation on 1.5, not allowing it to move forward, which many see as a procrastination strategy. Saudi started off in criticizing the report alone, only for Kuwait to follow in this pursuit. I personally spoke with a Kuwait official party member who is incidentally also employed at a large fossil fuel company.

“Science has been informing this space for decades and should continue to do so,” Eddy Perez from Climate Action Network accurately articulated in a press conference on Thursday. Historically, new science has been welcomed and included with formal recognition, but people are saying that now it is being demoted for other interests. A saying ‘Science is Not Negotiable’ has been growing in popularity after some developed country party members sported shirts with the statement during the last day of the conference in response to the situation.

At the conclusion of the conference, Saudi’s undermining of the SR1.5 science was successful and the report will be excluded from formal negotiations going forward. Instead, the report was watered down to a short 5 sentence summary with little influence for its final version. It can be viewed here.

BCCIC Youth Delegates joined the call that “science is not negotiable” when it comes to accepting the findings of the IPCC report and its calls to action on climate change.

What do we do?

Speaking from a youth perspective, our politicians have failed us for too long. The blocking that occurred was unacceptable and I am waiting to see what will happen with the two more IPCC reports will be coming out later this year. Popularizing the sustainability movement is a great action of change, and we must be open and verbal about our support for the best available science.

We must vote to elect those who care about climate change the most into power, and we need to find ways to compromise with the blocking parties and companies. For example, the German government is subsidizing €40 billion in transition packages to fossil fuel companies so they’d stop resisting the phasing out of coal.

Even if the 1.5 report is not formally recognized, there is still some comfort in the fact that countries are able to act according to the report’s findings on a domestic level, even if it is not officially implied on the international level. Many parties plan to act accordingly to the 1.5 agreement regardless of this session’s outcome and have voiced their support for it for the last two weeks. We must continue pressuring our governments to act in the interest of our long-term security and prosperity, while considering that developing countries also need extra financial and social assistance during the transition.