Growing up in Mexico I experienced first hand from an early age the social and cultural norms that discriminated against women and girls and limited our potential. I was lucky to be encouraged by my father to be self-reliant and prioritize education above all else. However, most women in developing countries like mine, aren’t as lucky or don’t have the resources and support to seek quality education as a gateway for a better life.

Despite legal reforms and encouraging progress made in closing gender gaps in many countries in the region, Latin America and the Caribbean still have deeply rooted social and cultural norms and practices that continue to greatly affect women. On top of that, the region is one of the most vulnerable to the effects of climate change with weather events becoming more frequent and more severe, and in the past two years has been the hardest hit by the economic effects of the COVID-19 pandemic. This dual crisis is affecting everyone but studies show it is doing so more intensely for women, given again their role in society and the prevalent social and cultural norms. There is therefore, now more than ever, an urgent call to address the nexus of gender and this dual crisis and leverage our response to accelerate progress in advancing gender equality in this context.

The Commission on the Status of Women

Very fitting to this urgent call to action was this year’s priority theme of the Session of the Commission on the Status of Women (CSW66), which was “Achieving Gender Equality and the Empowerment of all Women and Girls in the context of Climate Change, Environmental and Disaster Risk Reduction Policies and Programmes” and I had the privilege to attend as part of the British Columbia’s Council for International Cooperation (BCCIC)’s delegation. An intense two-week affair in which member countries arduously negotiated – with feedback from their respective delegations – what would be included in the agreed conclusions, which would become a blueprint for world leaders to make decisions and implement policies. In parallel to this process, delegates had the opportunity to participate in hundreds of side events facilitated by member countries, UN entities and civil society organizations in a variety of topics related to the priority theme.

In my day to day work as Managing Director of Deetken Impact, an impact asset manager that invests in Latin America and the Caribbean, one of my responsibilities is the implementation of our impact management and gender framework to our investment process. I ensure that our investments – primarily in financial inclusion, renewable energy projects and impact-focused small and medium enterprises – generate meaningful and measurable social and environmental impacts and that with our support, they also contribute towards advancing gender smart business practices and gender equality, not only inside their organizations but also in their relationships with their clients, supply chains and communities where they operate.

I was therefore very interested in exploring the intersection of gender and climate action in the context of Latin America and the Caribbean at CSW66. I have to say that I was pleasantly surprised by the number of initiatives, collaborative efforts, networks and alliances that are all working towards mainstreaming gender in climate action policies and practices. Countries in the region are working together through a variety of forums such as the Regional Meeting on Climate Change and Gender Equality where, led by Chile in its capacity as president of COP25, they have exchanged experiences, best practices, challenges and opportunities to integrate gender equality into their climate action plans. Another such initiative is the EU-LAC Women’s International Network, launched during one of CSW66’s side events, which aims to promote the incorporation of women at the center of decision making and policy creation both for economic recovery from the COVID-19 pandemic and also for economic and social protection including the green transition and digital transformation.

Identifying challenges and addressing gaps for the effective mainstreaming of gender equality in climate action is a shared objective of the organizations and governments driving these efforts. Among many topics discussed, I found two recurring themes that I think should be highlighted. The first one is around gender disaggregated data. Not only on the need for more data in the nexus of gender and climate change that can increase our understanding of the effects, interactions and therefore actions that must be taken to help women better adapt, anticipate and respond to changes and challenges; but also ensuring that the data is collected in an unbiased way and that it is available to not just governments but also grassroots organizations for effective analysis, decision making and policy design. There were great insights provided by the OECD Development Center and UN Women from their joint work in the Social Institutions and Gender Index, the recently launched Gender and Environmental Data Alliance (GEDA), Data 2X, and the World Bank through the Gender Data Portal, among others.

The other recurring theme I think must be underscored is the need for capacity building of both men and women not only at decision making and policy design level but also at the implementation level. Education and training on gender awareness and unconscious bias in the specific country context that considers social and cultural norms will ensure that adaptation and mitigation actions are not only responsive to the needs and reality of women and girls but that they actually go further and act as promoters of gender equality and economic growth.

As CSW66 comes to an end, I feel encouraged by the passion and energy of so many people driving complementary initiatives for a gender responsive climate action. And as I reflect on how I can contribute to these efforts in my role as an impact investor, sharing the same objectives of advancing a gender responsive climate action agenda, I realize that in order to be effective, we must stop working in silos and start collaborating more. We must leverage the learning tools that are being developed and the existing gender disaggregated data, and join the networks so that we can both share our lessons and also inform our investment decisions. We will be better positioned to drive our common agenda of not only fighting climate change and advancing gender equality but doing so in a comprehensive manner that achieves gender responsive sustainable development. 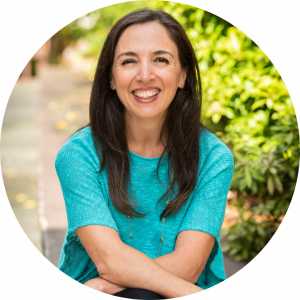 Magali is Managing Director of Deetken Impact and her work focuses on areas of Business Development, Communications, and Impact Management. She leads business development efforts for current funds under management and co-lead the strategic development of new funds. She has actively participated in the company’s investment decisions for the past ten years and currently leads the pipeline development for various segments and countries. As a member of the Investment Committee of the Ilu Women’s Empowerment Fund, she ensures the integration of social and environmental impact metrics, risks and opportunities in the investment decision process.

Magali leads the management and implementation of the impact measurement and reporting frameworks for all three funds, ensuring capacity building of both team members and portfolio companies in areas of gender, impact and sustainability best practices. As a member of the Advisory Council of the Ilu Women’s Empowerment Program, she leads the implementation of a comprehensive effort to advance gender practices in Latin America and the Caribbean. She has led the communications and branding strategy of the company from the start and continues to focus on amplifying the impact of our investee companies to help grow the impact and gender lens investing ecosystem.