Leaving No One Behind: Getting to know BCCIC’s delegation to CSW64

Leaving No One Behind

Getting to know BCCIC’s delegation to CSW64 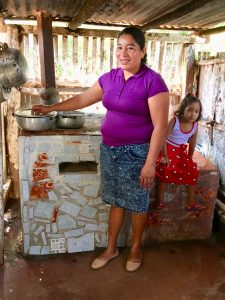 On my last visit to Nicaragua, I was impressed as to how a small difference can make a huge difference in the lives of women living in extreme poverty.  I met women who were so proud to show me their “improved stoves”.  Many rural women in Central America, cook like in the Middle Ages – over open fires. Not only are these fires bad for the environment, but breathing in smoke causes respiratory diseases for the women standing over the fires, and for the small children standing beside their mothers.  These “improved stoves” use half the firewood and vent the smoke out through a pipe. Thus, the women and their children are no longer breathing fumes. Women told me how significantly this has improved their lives.  “I can make tortillas into the evening, without a problem,” one woman told me. “I feel healthier and I am not getting sick as often,” she continued. The stoves are also a labour-saving device, as women need to collect or purchase less firewood, and they do not need to constantly clean the smoke off the walls and ceilings of their kitchens.

Women’s initiative and determination to improve their lives continues to amaze me. Another woman in Nicaragua showed me the wooden shack that she used to live in.  It was tiny and did not protect her from the rain nor the wind, as it was very porous. When she had a job in a garment factory, she saved up funds to buy cement blocks.  Then she received a loan of $250 from a local civil society organization. With this, the blocks she had bought, her own ingenuity and determination, she was able to construct a small one-room house.  There was still a dirt floor, openings for a door and two windows, as she did not yet have the funds to buy a door and windows. Also, only part of the roof had new zinc panels (corrugated tin), and the rest was the old panels with weathered holes. While I thought of how insecure I would feel in a house like this, she was so happy to have her new house and was very proud to show it to me.

However, it does mean that still about 760 million people live in extreme poverty, and the majority of these are women and girls. The report states that women between the ages of 25 and 34 years are 25% more likely than men to live in extreme poverty.[efn_note]Ibid., p. 4[/efn_note] Rising inequalities and economic exclusion are a symptom of development models in which gains are not shared equitably. Pushback against gender equality is becoming stronger. The world is also facing a climate crisis fueled by the over-exploitation of natural resources, [efn_note]Ibid., p. 3[/efn_note] continues the report.

While some strides have been made to reduce the numbers of people living in extreme poverty, there are still far too many.  These are real people with names and faces and lives, and not just statistics. The hardships that they face are extreme. And sometimes, small differences can make huge differences in their lives.

As I go to CSW64, I will look for what countries are doing to assist those living in extreme poverty and how they are addressing inequality to ensure that no one is left behind.