BCCIC > What's New > The Wave > [Youth Delegate Blog] How do We Pay For Climate Change Damage in Poor Nations? 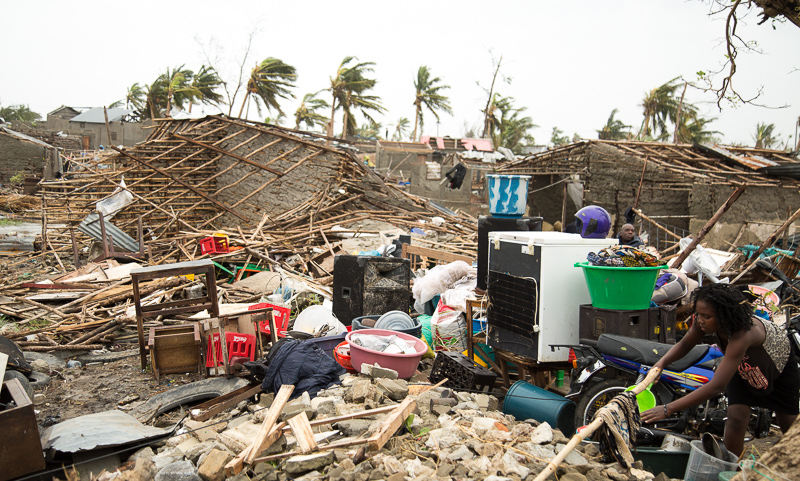 Photo by International Federation of the Red Cross: Damage from Cyclone Idai in Mozambique.

During this intersessional UN climate conference, I’ve been following the issue of loss and damage — sitting in on negotiations and talking to negotiators from different countries. When we talk about loss and damage in the context of climate change, we mean the impacts happening on the ground that go beyond what people can adapt to. We mean Chennai, India that’s currently running out of water. We mean fishermen losing their livelihoods in Bangladesh. We mean resources becoming so scarce that they spur civil conflict and push people out of their homes.

When twin cyclones Idai and Kenneth ravaged Mozambique, for example, the country received only $1.2 billion to address $3.2 billion in estimated damages – and extreme weather events like that will only become more frequent and severe as the climate emergency gets worse. Likewise, the economic and social costs borne by poor countries will increase, despite most of the greenhouse gas emissions having come from rich countries.

In light of this, civil society representatives have been pushing governments to ensure that financial support for loss and damage matches up to the scale of the needs of developing countries. However, from my experience talking to country delegations, it has become clear to me that developed country governments aren’t interested in meaningfully addressing the losses and damages faced by developing countries. They give all kinds of excuses: that they are already providing funding for adaptation; that it’s unclear whether impacts from disasters were caused by climate change; that loss and damage is an issue but one we aren’t in the political position to address. Thus, like within many parts of the climate crisis, it will be an uphill battle for the people to demand that their governments take responsibility and pay their fair share to the people who have suffered due to their climate complacency.

In the negotiating room, delegates were collaborating on a Terms of Reference (TOR) that would allow them to review the performance and effectiveness of the Warsaw International Mechanism on Loss and Damage, also known as the WIM. The TOR defines the scope, inputs, and outputs of the review, and can mean the difference between a thorough and comprehensive investigation of performance and a cursory back-patting exercise.

Those of us from civil society — and representatives from the least developed countries — were advocating that the review should take stock of the needs of developing countries in terms of the loss and damage they are already dealing with and will expect to deal with soon. We were also arguing that the review should take into account findings from the IPCC special report on 1.5 degrees, that highlights some of what impacts we expect to see in a world that warms by 1.5 degrees or beyond. Negotiators from the US and Australia, and to a lesser extent the EU and Canada, were arguing that the scope of the review should be more limited to reviewing what the WIM has and has not done. This is partially because they do not want the review to bring to light the gaps between what developing countries need and the minimal support they are providing. In the end the text adopted struck a balance between these views by remaining largely neutral — allowing, but not mandating, the sharing of views on developing country needs. Moving forward, we hope that the review and its recommendations will foster ambition in supporting the needs of developing countries.

After all, everyone has a right to life and liberty; to free movement; to housing, food, and medical care. While wealthy countries say they stand for human rights, they are not willing to protect the rights of people they have harmed through their historic and continued use of fossil fuels. They have a moral responsibility to step up and right these wrongs.