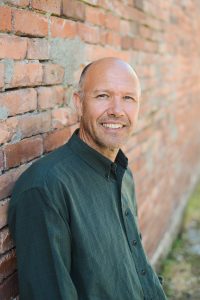 Mike is the Executive Director of the British Columbia Council for International Cooperation (BCCIC). Prior to working for BCCIC, Mike was the Executive Director of One Sky – The Canadian Institute for Sustainable Living. His work with One Sky varied from leading major bilateral projects in West Africa, including Nigeria and Sierra Leone, to working in Latin America on projects ranging from forest conservation to leadership development. Mike has been an active voice for Canadian civil society at international forums ranging from the World Summit on Sustainable Development to UN meetings on renewable energy. With a keen interest in integral theory, he has been active in exploring the nexus between developmental psychology and social change.

Prior to his work with civil society groups, Simpson was an award winning documentary producer who ran a video production company that specialized in programming on environment, development, and human rights. He spent many years working in conflict and post-conflict areas, with a special focus on Latin America. His most recent focus has been on leadership development within the context of social movements, including both the private sector and civil society.