International Development Week is an annual initiative that has been held in early February since 1991. This uniquely Canadian tradition offers an opportunity to engage the public about global issues and put a spotlight on spotlight on the important contributions that Canadians are making through partnerships around the world towards a sustainable, just world. Canadians individuals, the government of Canada and civil society organizations come together to mark this week by organizing hundreds of activities across the country and abroad.

Last year, we focused our IDW efforts around the theme of women’s leadership, peace and security. Since then, we’ve found ourselves posing questions and diving deeper into global issues faced with this particular intersection in mind at every turn. They’ve become integral to our strategic thinking and planning (see our 2022 annual report for more details).

Our attention has been captured by how central women’s leadership, gender equality, peace and climate action are to the pursuit of a more equitable world and healthy planet. And so, this is our focus for IDW 2023. We hope these key focus areas will capture our attention, too.

Hear from Tanzanian activists working to advance Indigenous Peoples’ rights and priorities on Feb. 9 at 10am PT! Challenges related to education, gender injustice, food insecurity, the climate crisis and how Tanzanian NGOs are addressing them. 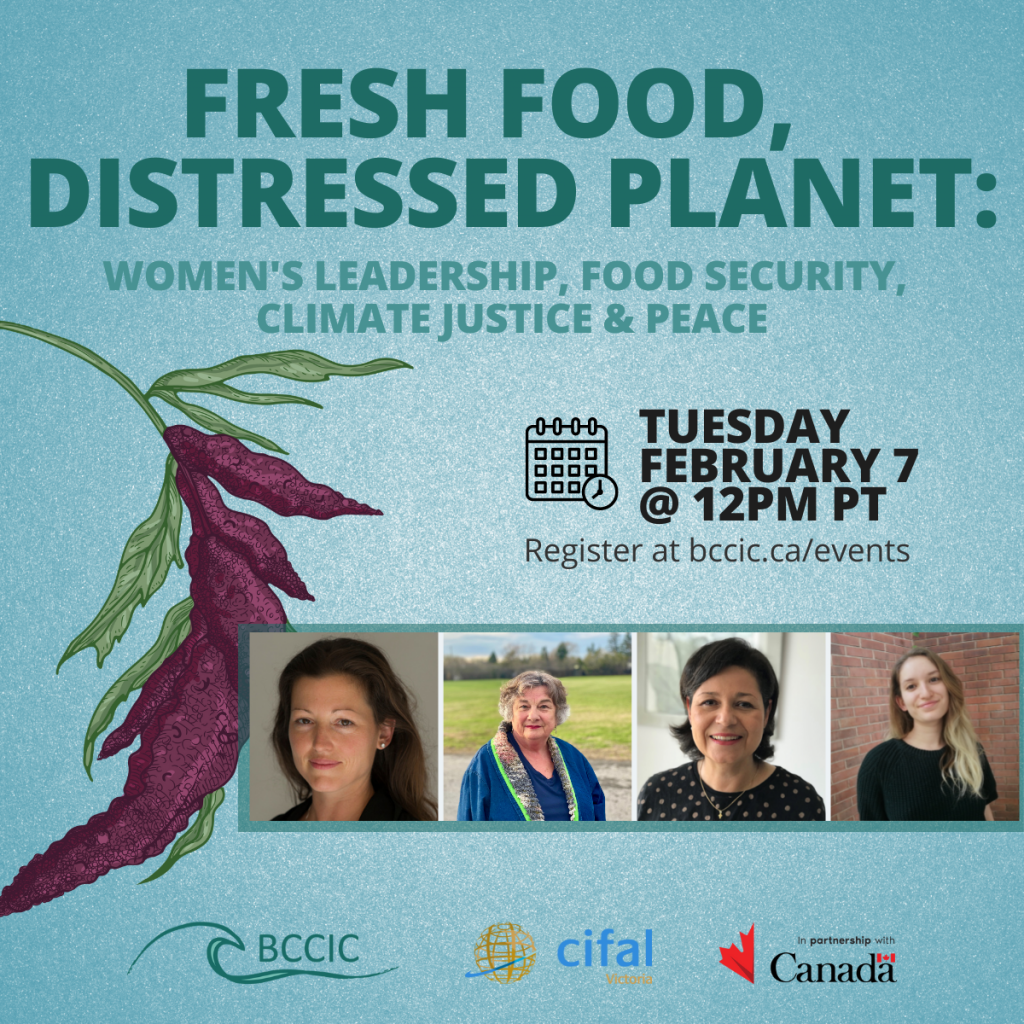 Women are the most impacted by the climate crisis and food insecurity. They’re also the bedrock of food security and climate action. Learn about women’s lived realities and leadership in these areas in Africa, Central America and Peru.

Check out our events calendar to get involved in the range of activities and discussions taking place for IDW this February.

We cannot turn the climate crisis around, reduce social divisions and inequity, or sustain peace without the full contributions of all of society.

While women’s contributions to peace and security have been well documented, calls for their meaningful participation in peace processes frequently go unanswered.

Women’s leadership is essential to peace and progress for all. 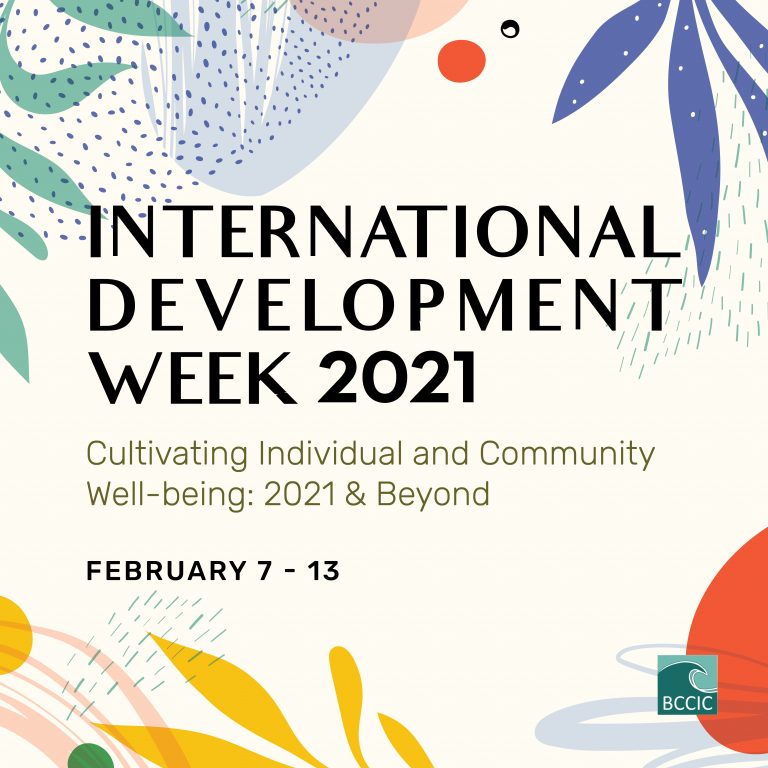 Cultivating Individual and Community Well-being: 2021 & Beyond

During a global pandemic and in the midst of calls for social change, individual and collective well-being have been matters of deep concern and necessity. Well-being has provided moments of reflection, challenge and inspiration. As we have struggled to cope with challenge, change and uncertainty, we have also aspired to a more holistic, healthy future.

For International Development Week 2021 (IDW), BCCIC hosted daily events that speak to and nurture well-being. The morning events series was dedicated to global voices speaking to the experiences of diverse groups whose well-being is under threat as a result of multiple and intersecting barriers, deprivations and social exclusions. The afternoon series was dedicated to dialogues and workshops on individual and community well-being as they relate to the systems we work within or seek to shift. Social change agents also need support to do the work that they do. We need this on a human level, but it also makes us more insightful, mindful, respectful and effective. 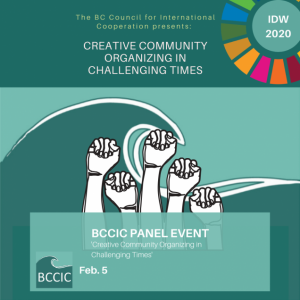 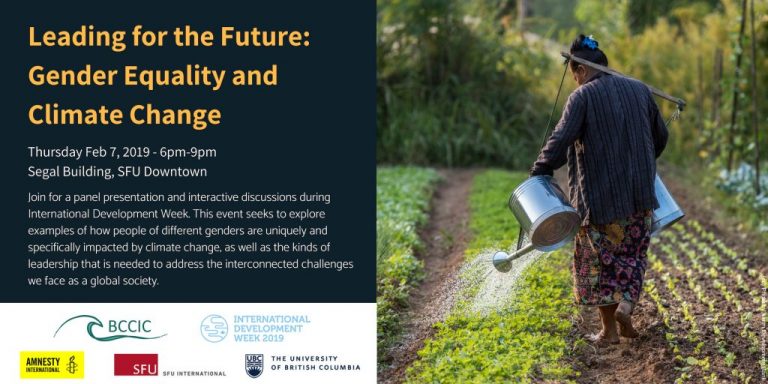 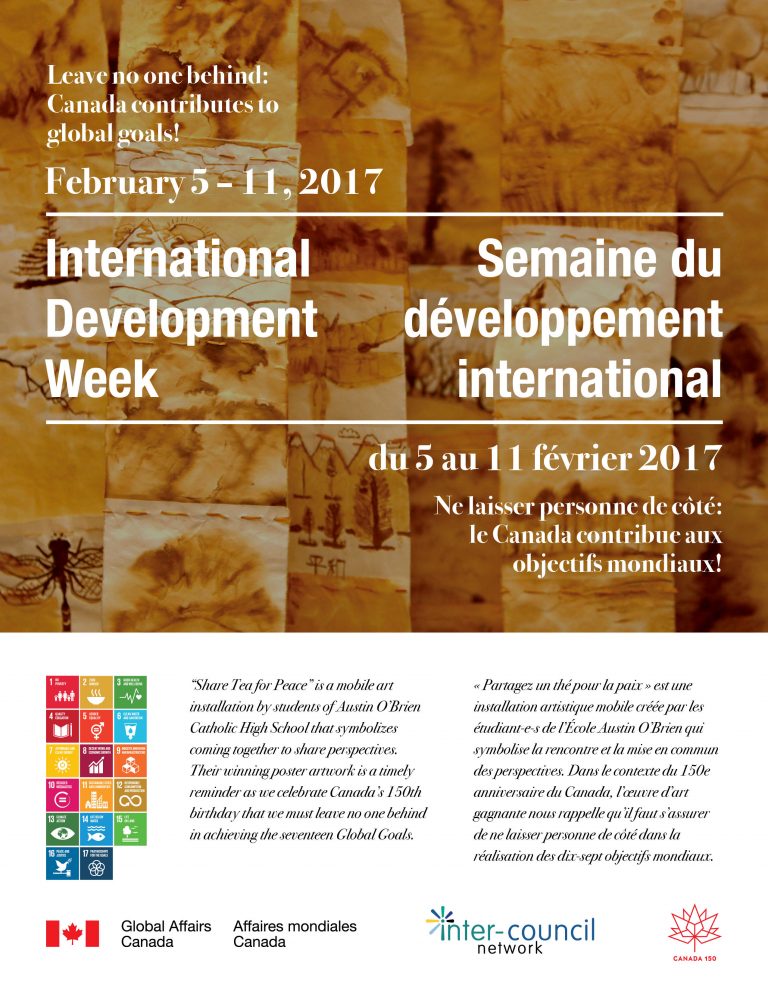