The United Nations 66th Commission on the Status of Women meeting (CSW), which just concluded, took place at a key transition point in global history.  In 1995, the 4th World Conference on Women, also known as the Beijing Conference, established its Platform for Action. In its Mission Statement, the Platform for Action said “equality between women and men is a matter of human rights and a condition for social justice and is also a necessary and fundamental prerequisite for equality, development and peace.”  Set down in the context of a post-Cold War era with a renewed impetus to advance human rights, the Beijing Platform established the guiding principle that women’s rights and human rights were inextricably connected. The idea that women’s rights could be ‘mainstreamed’ into all aspects of social, economic, and political life was a paramount outcome of the 1990s.

Today, looking back at the previous decades, we can see that much has been achieved.  The idea that women’s rights are human rights is much more ingrained in global consciousness. In 1995 at the Beijing Conference, Hillary Clinton expressed what many at the Conference had felt, that women’s rights had to be placed at the center of global concerns. The idea of women’s rights as human rights was not new, but had been put forward as a chief component of the Vienna Declaration on Human Rights in 1993. During the conference in Vienna, the world focused attention on rape as a crime of war and the offences of human trafficking. The goal was to equalize the understanding of women’s rights as fundamental human rights, and in the process, to gain recognition that so-called ‘women’s issues’ were not just for women, but were fundamental dimensions of the struggle to achieve justice for all.

Looking forward, we cannot assume that everything has been achieved in the areas of women’s rights. Nevertheless, the foundational idea that women’s rights are integral to the politics of liberation, solidarity and justice has been mainstreamed in many international agreements and organizations. The vital role of women in achieving sustainability, and the need to consider gender is recognized in the UN’s Sustainable Development Goals, the Paris Agreement on Climate Change, and the Sendai Framework for Disaster Risk Reduction. As stated by the UN’s Office for Disaster Risk Reduction, CSW66 is the first time that disaster risk reduction is considered within the priority theme of the CSW.

The momentum on women’s rights should now be strongly carried forward to inform the politics of climate and security.

In the 1990s, Canada was among the leading nations, through the UN’s International Commission on Intervention and State Sovereignty, to advance a new grammar of international security based on the idea that threats are multi-level and multi-variant. Unlike the mainstream dominant idea of national security, human security asserted that the violence committed by states against their own people was as much of a threat to well-being as inter-state violence. While national governments had amassed large, expensive and technologically sophisticated machinery for national defense, no such attention was given to the vulnerabilities of the poor, women, children, elders and ethnic minorities. Immediate threats to human well-being were often secondary. Little consideration was also given to the ways in which the architecture of national security itself served to harm and undermine human security. In the human security frame, threats to security are seen as multi-variant, and could come from political, interpersonal, economic, environmental or technological sources. When viewed as human security, states would treat the threat of state invasion on a par with the threat of mudslides caused by poor forestry practices, drought caused by climate change, or the widespread crime caused by corruption and trafficking.

Once again, the world is confronting an international system that is ill-suited to adjust to the need to address threats to security, this time with environmental and climate threats taking center stage. What is still missing is the recognition that climate change will complicate womens’ efforts at equality in multiple ways, increasing losses and setbacks. Much work remains to be done. For example, in order to assess the true cost of disaster losses, there will need to be a new system of measurement that values disaster losses from the perspective of human well-being, rather than only through the metric of financial losses.  Since women will suffer a disproportionate degree of loss, these measures will demonstrate the true extent of impacts and lead to policies that genuinely reduce risk and improve human security. Measures designed to improve human security should also recognize that intersecting identities and positions among women mean that some will be impacted more than others.  Nevertheless, by expanding the scope of action and engagements, improvements in women’s security will improve human security.

Just as the world embraced the idea that women’s rights are human rights in the 1990s, so too should the international community shift thinking to incorporate women’s security as human security.  As before, this means recognizing that climate impacts are embedded into women’s livelihoods, health, food, water, safety, housing, education and equity. National agriculture, production, trade, defense and even national security are all, ultimately, climate policies. Climate change issues are comprehensive, encompassing both human and planetary needs.  As part of the planetary system, the human need for a stable and healthy climate is as immutable and universal as human rights are.

Moving forward, the need to mitigate and adapt to climate change means the world will be pushed to recognize and institutionalize the principle that women’s security is human security. The next few years will tell whether the world will be able to turn the corner and avoid the worst of future warming, or whether business as usual will worsen conditions for development and security, especially women. No matter which way the world decides to go, women will be the most affected by the changes that occur, and likely among the least able to impact the direction of those changes. The challenge is urgent, the climate will not negotiate. Any efforts to address climate change will be that much poorer for the absence of womens’ voices and experiences. Any efforts to address climate change will be that much richer with the power, strength and leadership that women bring as agents of change. The need for human security gives even more reason to ensure that women are not left behind. 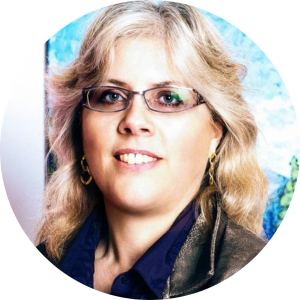 Rosalind Warner has nearly 30 years of experience teaching and researching in the areas of international development, global environmental politics and Canadian international policy.  She is the Contributing Editor of two books on Canadian Foreign Policy. As an educator and researcher, she has been motivated to advance environmental, social, and governance objectives in her professional and volunteer work.  She is involved in a leadership role in local environmental groups, including the Okanagan Sustainability Leadership Council, the Okanagan Climate Hub, and Citizens’ Climate Lobby Okanagan Chapter.  She is also a Research Fellow with the Earth System Governance Research Program, and a Board member of the Canadian Environmental Network and BCCIC. For more please visit rozwarner.com, or follow her on Twitter @rwarner23.