[Youth Delegate Blog] Are we concerned enough for climate induced migration and displacement? 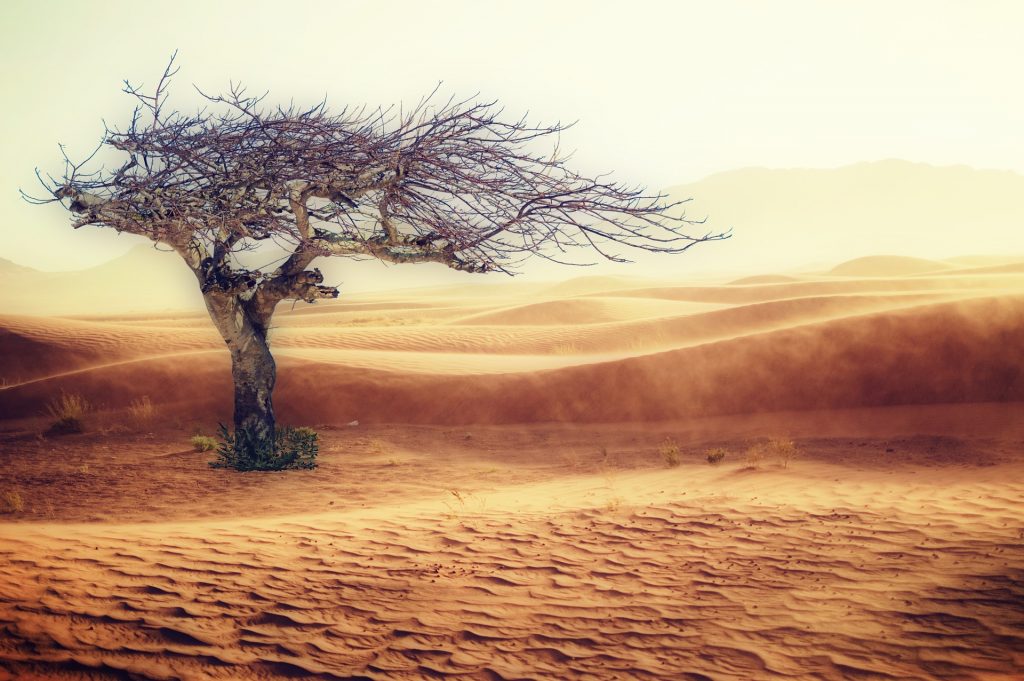 “People have always migrated”. Yes, but climate change is without a doubt accelerating migration and displacement. Between 2008 and 2016, 21.5 million people have been displaced by climate related disasters which is higher than the number of people fleeing war or being persecuted. Climate change is intensifying floods, droughts and heat waves exacerbating water scarcity, crop failure and sea levels to rise, especially in regions with poor resource management. All these reasons add up to forcing families to flee, sometimes displacing internally in their own countries or seeking asylum in others. If we do not act, the world will face an increasing impact of climate change on human migration and displacement. The World Bank states that by 2050, 143 million people will be displaced and the major regions that will be affected are the Sub-Saharan Africa, South Asia and Latin America which account for 55% of the developing world’s population.

Coming into SB50 I found it so incredulous and disappointing to see the reluctancy and lack of urgency in certain countries to enhance ambition and consider the consequences that climate change already has in least developed countries or even in the most vulnerable within their own countries. For instance, it was shocking to see countries like Saudi Arabia opposing the hardest against the science by the IPCC special report on 1.5 degrees. Especially when the Middle East is already suffering dire consequences of climate change. Exceeding this temperature globally would exacerbate migration and displacement in this region even further. Their summers are expected to be twice as warm as the global average. The heat and droughts will make some parts of the Middle East and North Africa uninhabitable. Scarce resources are going to spark more competition and violence, intensifying unrest and weakening state capacity. Climate induced migration and displacement is an issue that must be addressed by the international community and taken more seriously in the conversations.

On a more positive note, I was very inspired by the presence of least developed countries in SB50. It was such a hopeful and empowering scene to see at the conference that negotiators from AOSIS, ILAC and the African group of negotiators were the forefront of the negotiations and pushing the hardest for action. After all, they are the most affected by climate change. Even during side events I attended, I got to hear inspiring panelists from a range of different developing countries stating loud and clear how climate change is an urgent matter and I gained insightful perspectives from small communities.  In these workshops, I learned how migration has been contemplated as an adaptation strategy as it allows, for instance, diversification of income source, but I also learned this only applies to those with the resources to move. For those places hit by natural disasters, it can be an example of failed adaptation. Sometimes climate response measures can cause lots of the displacement in the first place. I recall one panelist, Titi Soentoro, the executive director of AKSI, talk about a master plan devised by the government to address the rising sea levels in Jakarta, Indonesia. They constructed a Giant sea wall of 60km that left 60,000 fishermen without their fishing area and having to move further away to catch fish in much lower quantities. Many of the people in these situations, lack access to decision-making, access to education, skills, and training so they need help finding an alternate form of livelihood.

All these facts make it so despairing to hear when developed countries do not engage in the negotiations with the urgency it deserves and do not prioritize actions based on the real needs of the communities and groups affected. It is frustrating when developed countries dismiss or evade problems faced by developing countries as a development issue and not adaptation in order to exclude it from the adaptation fund. I got to witness the awfully slow and diplomatic aspect of negotiations and it is very disheartening to think this is the best and only way to implement action in a political level.  But it is just wrong and unfair that the least developing countries, the least responsible for emissions of greenhouse gases, will be the most affected by the consequences of climate change.

In conclusion, climate induced migration is not simply a problem that leaves millions of people homeless but lives and livelihoods are destroyed. Climate induced migration exacerbates poverty and impairs development. It increases pressure on urban infrastructure and services, undermines economic growth, increases the risk of conflict and affects health, educational and social indicators among the people displaced. Developed countries must assist least developing countries as best they can. This is a basic human rights issue. For future policies to work and international laws to protect these migrants, there must be, first, a distinction that loss does not only entail shelter but also livelihood. Second, there must be more research on the relationship between climate change and migration, and third, there must be clear definitions on what climate-induced migration means and who classifies as a “climate migrant”. I consider them as basic initial steps to create impactful policies and have concreate measures. And finally, we must keep pushing our governments through civil societies and movements to ensure they do their jobs right and prioritize these issues.