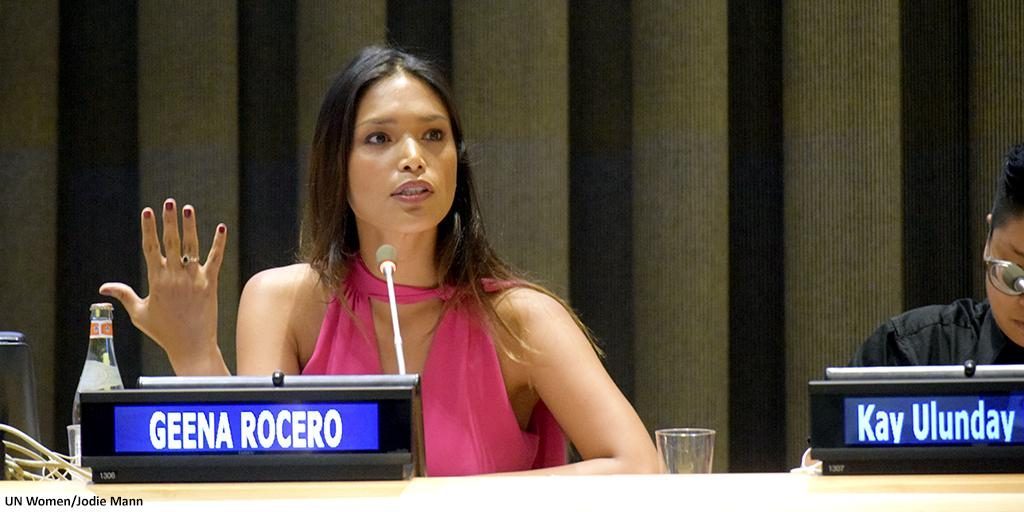 History was made at the United Nations at the High-Level Political forum when representatives gathered at an official side event to discuss the status of LGBTQI+ rights around the globe. This was the first forum of its kind to be held at the at the United Nations headquarters in New York on this politically charged topic.

In a courageous statement the Executive Director of UN Women, Phumzile Mlambo-Ngcuka, denounced the seventeen member states of the United Nations that continue to support laws that ban same sex marriage. Further, there are currently six United Nations member states that continue to impose the death penalty on members of the LGBTQI+ community. Despite this divide, it was the clear position of UN Women that LGBTQI+ rights are inseparable from human rights.

In the last decade there has been unprecedented progress in lawmaking. However, with this progress has created unprecedented backlash and violence directed at individuals of the LGBTQI+ community. Ms. Mlambo-Nncuka made a statement that called on global feminist community to address these concerns.

“We cannot be feminists and not care about homophobia,

We cannot be feminists and not care about transgender rights,

We cannot be feminist and not care about HIV/AIDs,

We cannot be feminists and not care about migrants,

Rights are rights and they are indivisible”

There is no room for misinterpretation of international law.

“These laws are an assault on basic human rights of autonomy,” stated Mr. Madrigal-Borloz who is the UN Independent Expert on Sexual Orientation and Gender Identity. Mr. Madrigal-Borloz recently had his position renewed until 2021 to protect and fight for the rights of those whose lives are currently endangered.

What made this panel especially ground breaking was the panelists themselves. Two of the five panelists were transgender individuals. Kay Barett and Geena Rocero both shared powerful words which included specific and actionable recommendations.

Kay Barrett set the tone for the session by opening with a powerful poem. The poem spoke of the everyday struggles of what it is like to live as a trans person. The poem’s words “I am real, I’m real, I’m real,” were powerful enough to give even the most apathetic bureaucrat a shiver. 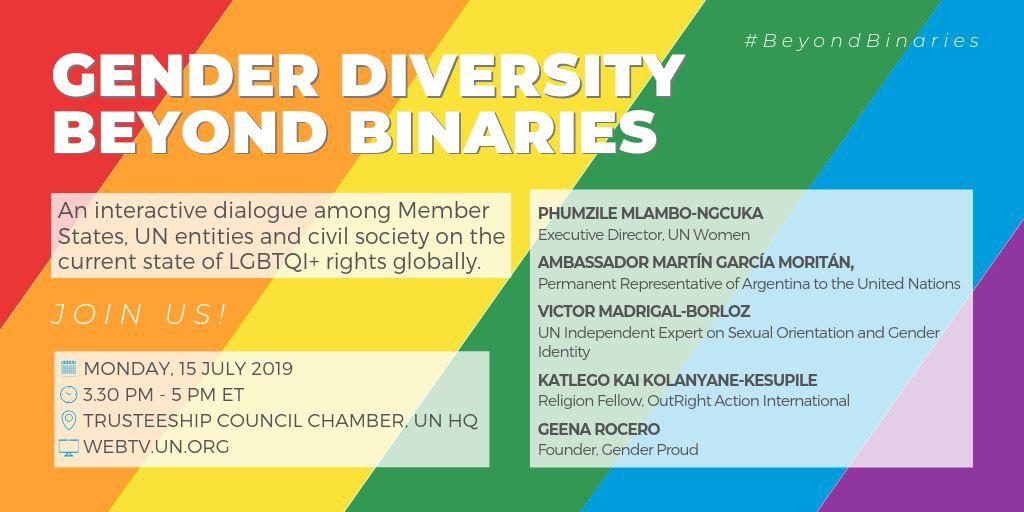 Geena Rocero is the founder of Gender Proud and her Ted talk “Why I Must Come Out” has nearly 1 million views. She spoke fearlessly on the topic of representation. Representation combats stigma that is caused by dehumanization of historically oppressed groups. Without representation people are in danger of the dehumanization that is caused by lack of voice. As stated by Ms. Rocero: “We cannot chop a person into their separate pieces. In no way is it more pertinent than in the non-binary struggle”

This session called for further representation of marginalized groups at every level of decision making and visibility. Organizations need to be unwavering in their commitment to include representation of individuals from the community.

The demand for radical change from the feminist group was clear in the final statement made by Ms. Mlambo-Nncuka of UN Women. “We need to push the envelope every day to be who we were created to be.”